His second name, Newman, is that of his paternal grandfather.

Edward grew up in Ellis' (Jim's) and Katherine's home on Bookmark Ave., Renmark.

He went to school at Renmark West Primary School on Tarcoola St. Renmark.

Ted worked initially for his father on the family's fruit block on Bookmark Ave. then on his property on 27th St.

One of the things most important to Ted was his skill at tennis in his younger years. He won singles in 1926, 27, 28 and 31, also winning the doubles a couple of times.

It was April 11, 1966 when Edward passed away from heart problems. He was buried in Renmark Sth Aust.

Is Ted your ancestor? Please don't go away!

ask our community of genealogists a question.
Sponsored Search by Ancestry.com
DNA Connections
It may be possible to confirm family relationships with Ted by comparing test results with other carriers of his Y-chromosome or his mother's mitochondrial DNA. However, there are no known yDNA or mtDNA test-takers in his direct paternal or maternal line. It is likely that these autosomal DNA test-takers will share some percentage of DNA with Ted: 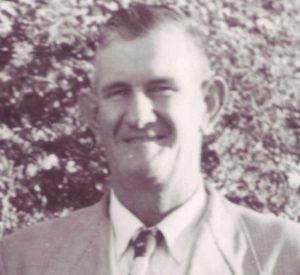