Newman was born in Long Marston, Hertfordshire, on the 16th July 1849. He was the second of four children preceded by Charlotte and followed by William and Mary Elizabeth (commonly called Polly).

In the 1861 census Newman, aged 11, was listed as an agricultural labourer. He obviously had a short childhood before joining his father doing farm work – not that there would have been much choice for them.

In the April 1871 census Newman, aged 21, was an agricultural labourer and was still living with his parents and siblings in Long Marston. It was probably around this time that he started working more with cattle becoming, eventually, a herdsman.

In the June quarter of 1871 he married Elizabeth NEWENS. The NEWENS family lived two households away from the MEAD family in 1871. Her parents were Thomas and Elizabeth and she in the census, 'Betsy' was a straw plaiter, the same occupation as Newman's sisters and quite a few other younger women in the area. (see MEAD Josiah 1841 census)

I think we can safely assume that Elizabeth gave birth in, or around, March 1874 to twin boys. One died at birth and the other died some time later. Elizabeth herself died in or around June quite probably from complications casued by a difficult childbirth.

At the time of the 1881 census Newman and Martha were living in Willesden, Middlesex. William and Elizabeth were with them and Gertrude would have been born soon after. Ellis James was 4/5 years old and, in the census,was listed as staying with his maternal grandparents in Cheddington Lane, Long Marston.

In between the 1881 census and Albert's birth in 1887 the family moved to Upper Clapton where Newman was working on Clapton Common, as a herdsman for United Dairies. A large quantity of milk was sent down to London from the Long Marston area and it's possible that Newman was known to United Dairies whilst he was still living in Long Marston.

In 1887 when Albert Josiah was born the family was living at 13 Dudlington Tce, Southwold Rd, Upper Clapton, Middlesex, District of Hackney.

Ten years later, at the time of the 1891 census, the family had moved yet again, this time they were living to 13 Dudlington Road, Hackney which is just around the corner from the 1881 address.

Finally, in the 1901 census, they were living at 6 Conduit Street, Hackney. Susan, the last child, was born in the registration district of Hackney so the last 4 children were born at one of the above three addresses.

Two years later, in 1903, Martha died at the London Hospital, Whitechapel with Gert by her side. The cause of death on her death certificate was appendicitis/general peritonitis. She was probably worn out from being pregnant for 7 ½ years. She was buried in Whitechapel.

At some point after Martha's death Newman returned to Aylesbury, to 67 Chiltern Street. Susan was married in Aylesbury in December 1919 and he is present in her wedding photograph. so, presumably, she'd returned with Newman or perhaps was looking after him. Did any of the other children return to Aylesbury? Newman doesn't appear in any local directories around that time but he is listed on the electoral register from 1918-1922 at that address. He qualified under residency rather than occupation.

Newman died in 1922, Mary was with him, and doesn't appear to have left a will, nor is there an obituary for him in the local paper. He is buried in an unmarked grave.

Gran(Sue Mead Naylor)was only eight when Martha died so she had little real memory of her. However she often went on and on about how lovely her father was. She and her brother Sam, the youngest two, were at home with their father after their mother died although I think Ruth, Norman Freeman's mother/Michael Freeman's grandmother "kept house" as she comes up on an early census. All Gran really ever said was what a wonderful man he was. I think he died before Gran returned from Australia in 1929 otherwise he would have been shocked about the scandal (he died in 1922)!

posted 10 Feb 2010 by Helen (Mead) Seretis
Login to add a memory.
Is Newman your ancestor? Please don't go away!

ask our community of genealogists a question.
Sponsored Search by Ancestry.com
DNA Connections
It may be possible to confirm family relationships with Newman by comparing test results with other carriers of his Y-chromosome or his mother's mitochondrial DNA. However, there are no known yDNA or mtDNA test-takers in his direct paternal or maternal line. It is likely that these autosomal DNA test-takers will share some percentage of DNA with Newman: 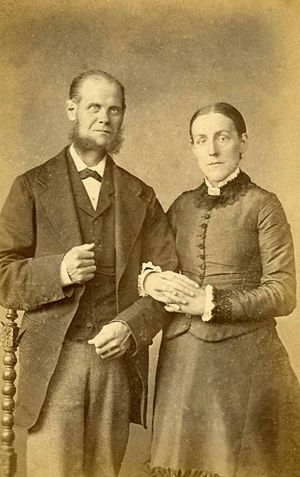 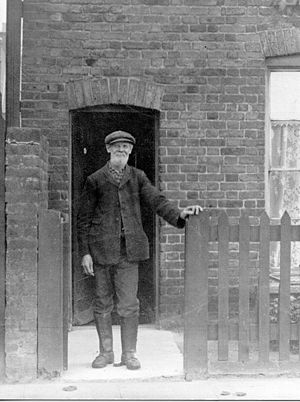 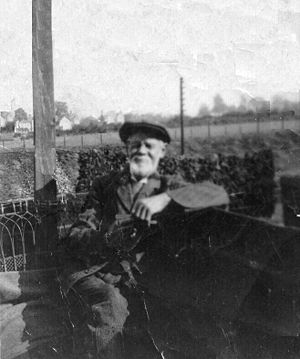 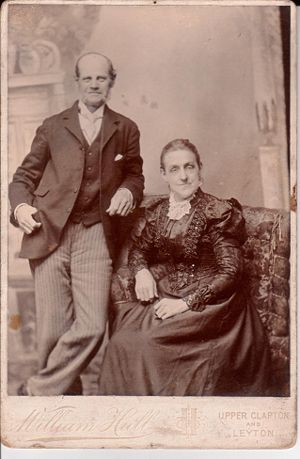 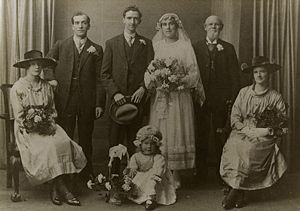 Leave a message for others who see this profile.
There are no comments yet.
Login to post a comment.
Susie MacLeod
What a beautifully written profile! I really enjoyed reading it, thank you. I lead the England Project on WikiTree and am also the Team Leader for Hertfordshire so it brings a smile to my face to see such fantastic Hertfordshire profiles. Thanks for you hard work! Susie :-)
posted Oct 01, 2018 by Susie MacLeod