Josiah’s ancestors Our ancestor, Josiah Mead, was born in 1826, the son of William Mead and his wife Sophia, nee Punter. William and Sophia lived in Long Marston, a village in the parish of Tring in Hertfordshire. William was born in 1781 and believed to be the son of Benjamin and Elizabeth Mead. While we are unable to trace William’s family back any further, we have details of Sophia’s family for three more generations. Sophia, who was born in Caddington, Bedfordshire, on 17 July 1783, was the daughter of Jeremiah and Elizabeth Punter, nee Pollard. Jeremiah, born in Caddington on 10 March 1754 and Elizabeth, born in Totternhoe, also in Bedfordshire, were married on 11 March 1776. They lived in Caddington where Elizabeth died on 25 July 1830. When Jeremiah died on 1 August 1847 he was living in Cheddington, Buckinghamshire. Jeremiah’s parents, William Punter and Rebecca Geary were married on 6 October 1747. He was born on 5 February in either 1720 or 1721 and died about 1793. To date no record of Rebecca’s birth can be found, but she died in Caddington 31 January 1796. Only a few details of Sophia’s great grandparents are known. Her great grandfather, also William Punter, of Luton, Bedfordshire, married Mary Carter in 1716. This couple would have been born in the late 1600’s. William died about 1771.

Josiah and Ann and their family.

William and Sophia Mead had four children. Sophia, named for her mother, born in 1814, Jane born in 1816, Sarah in 1821 and lastly Josiah. From census documents we know that Josiah was an agricultural labourer and worked on a farm in the area - Gubblecote Farm. On 15 April 1847, aged 22, he married Ann Bates, aged 19, in All Saints, the Parish Church at Long Marston. Ann was born in Whitchurch, Buckinghamshire, and was the daughter of Newman Bates. Her mother’s name is unknown. Whitchurch is a village just north of Aylesbury, Bucks. and a few miles southeast of Long Marston. At the time of their marriage Ann was living in Long Marston and both of their fathers were deceased.

Josiah and Ann made their home with his widowed mother, Sophia. Both these women were involved in the Straw Plaiting Cottage Industry, while Josiah continued to work on a local farm. Sophia lived in the cottage with the family until her death on 22 August 1861 aged 78 years. Four children were born to Josiah and Ann. Their daughter Charlotte was born on December 12 1847. Two sons followed, Newman born on 16 July 1849, and William born in 1853. On 30 August 1864, their last child, Mary Elizabeth, known as Polly, was born.

Ann died on 1 March 1890 aged 61 years. She is buried in the cemetery alongside All Saints Church in Long Marston. After her death Josiah remained in his cottage with his youngest daughter Polly. In a register of burials for the Parish of Long Marston, Josiah’s death is recorded on page 53. He died on 29 January 1898, aged 74. In brackets, under his name, Vicar H. F. Rowdon has written “For over Fifty Years a faithful servant on one Farm:” Josiah is the only person on this page who has a comment of a personal nature. Two others, both children, have comments referring to their parents. This is all we know about Josiah as a person and what does it tell us? Firstly, that he was a faithful man and the Vicar must have known him well and held him in high regard to write such a comment. Secondly, there is warmth in these words. Josiah, our ancestor, the faithful servant, was buried alongside Ann, his wife of 42 years.

posted 14 Feb 2010 by Helen (Mead) Seretis
Login to add a memory.
Is Josiah your ancestor? Please don't go away!

ask our community of genealogists a question.
Sponsored Search by Ancestry.com
DNA Connections
It may be possible to confirm family relationships with Josiah by comparing test results with other carriers of his Y-chromosome or his mother's mitochondrial DNA. However, there are no known yDNA or mtDNA test-takers in his direct paternal or maternal line. It is likely that these autosomal DNA test-takers will share some percentage of DNA with Josiah: 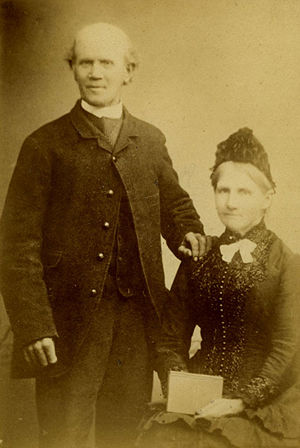 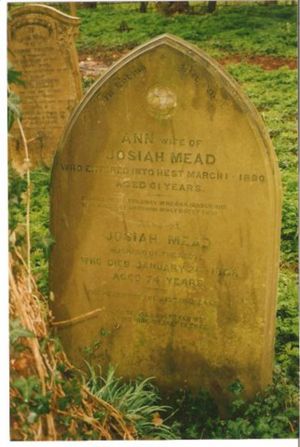 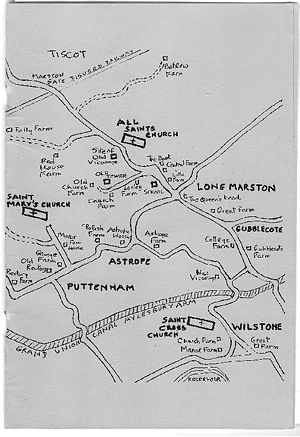 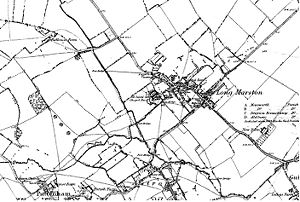