More importantly, Catarina was Pope Clement's niece. It was he, who finagled around, convincing Europe's monarchs to agree ... and have her married off. And that's how she wound up with Henri II, the future king of France.[1][2]

They were married 28 October 1533 at Marseille. But the marriage contract was only signed the day before.[1] It should of been a sign...

It was a bad match, but Catherine was love struck. Her husband, on the other hand ... was absolutely repulsed. He would bed his main mistress, the older Diane de Poitiers, until his dying day.[1]

Ironically, it was this same mistress who finally got the pair to consummate the union, and have children. Before that, the mis-matched pair were a childless couple for almost a decade.[1]

It was only after Henry's death that Catherine came into her own. The mother of many sickly children, her role as regent became extremely important. And in fact, her political acumen is impressive. She even formed a group of beautiful female spies known as the Flying Squadron.[1]

Caterina finally died January 5th in 1589 at 69. But her body was not buried until February the 4th. Due to political strife in Paris, her body rotted at Blois.[1]

Strangely, her son Henri III had it, "dumped in an unmarked grave in the churchyard of Saint-Sauveur."[1] But it didn't move for 21 years until Diane de France put her "in the Valois rotunda" at Saint-Denis next to ... of all people ... her cheating husband![1] 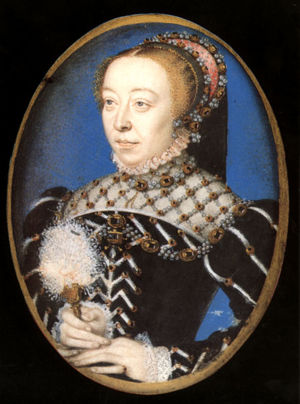 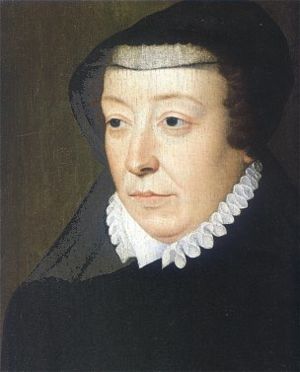 Catherine is 17 degrees from Cecil B. DeMille, 23 degrees from Rosalie Neve and 4 degrees from Henry VIII of England on our single family tree. Login to find your connection.