Arthur Meighen, teacher, lawyer, politician, businessman and office holder, was born June 16, 1874, near Anderson, Ontario. He was the second child and eldest son of Joseph Meighen and Mary Jane Bell. On June 24, 1904, he married Jessie Isabel Cox in Birtle, Manitoba. They had two sons and a daughter. He died August 5, 1960 in Toronto and was buried in St. Marys, Ontario.

Meighen, the eldest of six children, grew up on his family's farm outside St. Marys, Ontario. After graduating from the local high school, he studied mathematics at the University of Toronto followed by a year at Ontario Normal College to earn his teaching certificate. An unsatisfactory stint of teaching led to the study of law in Manitoba. He was called to the bar in 1903 and set up a law practice in Portage la Prairie. The following year he married Jessie Isabella Cox, a teacher from Granby, Québec.[2]

In 1911 he, Jessie and their two sons, Theodore and Maxwell, and daughter Lillian lived in Portage la Prairie, where Arthur was listed on the census as a barrister.[4]

He was appointed solicitor general in Sir Robert Laird Borden's government in 1913 and in the years following became a leading member of cabinet. He succeeded Borden as prime minister in 1920. His government was defeated in the 1921 election. Four years later the Conservatives made a comeback, although Mackenzie King remained in office until a scandal forced him to resign. Meighen briefly took office again. After his party’s defeat in the next election, he resigned as party leader and moved to Toronto, where he worked at an investment firm. He became a Senator in 1932, reluctantly resigning to take on the Conservative leadership once more in 1941. A failed attempt at re-election ended his political career in 1942.[5]

Sponsored Search by Ancestry.com
DNA
No known carriers of Arthur's DNA have taken a DNA test. 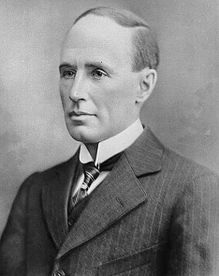 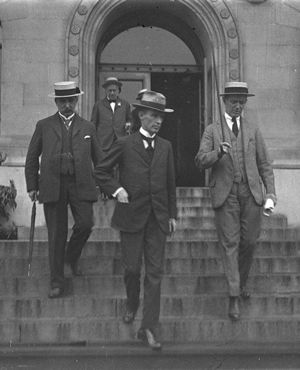 Arthur is 26 degrees from Ludwig Kraayenbrink, 22 degrees from Henry VIII of England and 29 degrees from Ferdinand von Zeppelin on our single family tree. Login to find your connection.