John Milledge was a Georgia colonist.

John Milledge, Jr. was one of two children documented as still alive in 1767. A deed of trust was set up by John Milledge of Savannah, Esquire to provide for the support and maintenance of Frances Robe of Savannah widow, and of her grand children, John Milledge and Mary Elizabeth Milledge, the son and daughter of said John Milledge which protected lots one and two in Hucks Tything Percival Ward in Savannah, 334 acres of land on Skidoway Island in the parish of Christ Church as well as 20 enslaved persons on the 10th day of July 1767.[3] Frances Robe was the relict of Thomas Smith of Skidaway who died in 1735 shortly after their arrival in the new Colony of Georgia. His grandmother, Frances Robe, died in 1778, and left a legacy to her grandson John Milledge the younger of Savannah Gentleman, and grand daughter Mary Elizabeth Demere wife of Raymond Demere. [4]

The Proceedings of the Georgia Council of Safety documented the younger John Milledge's as well as his father's patriotism to the liberty of America. In 1775 with a scarcity of powder in the northern Province, "Governor Wright had a magazine in Savannah which stored a considerable quantity of ammunitions. On the eleventh of May, under cover of darkness, Noble Wymberly Jones, Joseph Habersham, John Milledge, Edward Telfair, Joseph Clay and William Gibbons, with a few others who accompanied them, broke into the magazine and carried away the powder, sending a part of it to South Carolina and concealing the remainder in their cellars till it might be needed in defense of their homes."[5] Georgia's roster of the revolution listed John Milledge as Son of Liberty; and Attorney-General.[6] In Georgia, the Sons of Liberty were called The Liberty Boys. Some historical accounts credit the son, John Milledge Jr., with this; however, he would only have been about age 18 in 1775. The British Disqualifying Act of 1780 listed " John Milledge, Junior, late the same Rebel Assemblyman."[5]

Much has been written about this John Milledge which is not all correct. In Smith's The Story of Georgia and The Georgia People, 1732 to 1860, he stated "John Milledge's grandfather, Richard Milledge, came with Oglethorpe to the colony, bringing his sons John and Richard with him." [7] Based on the documented records of the ship Anne's passenger list as well as A List of the Early Settlers of Georgia, his grandfather was Thomas Milledge, and Richard Milledge was his uncle. The documents sourced on the linked profiles of Thomas and Richard Milledge proves the correct story.

The author, Smith, also stated "When the Revolutionary troubles began the elder Milledge seems to have been dead." This statement is disproven by the previously cited documents. His father, the elder John Milledge, died in 1781. The Royal Georgia gazette on the 11th of October 1781 reported John Milledge Sen. Esq. died on his way from Augusta to this place [Savannah].[8]

According to Smith's writings, this John Milledge "joined the army, fought through the siege at Savannah, and then with James Jackson made his escape to South Carolina, where he went to Sumter's army, as we have seen, and narrowly escaped being hung for a spy. He was chosen as attorney-general while he was a refugee. When the war was over he married the daughter of George Galphins."[7] As already stated, Georgia's roster of the revolution distinguishes between the elder and the junior John Milledge, and the elder John Milledge would have been the Attorney General. It is unlikely a man of the age of 24 would have been appointed as Attorney General for 1780-1781.

Descendants claim John married Martha Galphin about 1786. On the 7th day of June 1800, John Milledge of the County of Chatham, Planter, and Martha his wife sold 220 acres in Chatham County known by the name of Pembroke bounding on Milledge Galphins' land.[9] A Supreme Court case, Milligan v. Milledge, 7 U.S. 220 (1805), recorded that Martha was the daughter of George Galphin, the elder.[10] Among other things it was noted:

"That John Milledge, and Martha his wife, who is daughter of G. Galphin, the elder, and a principal legatee and devisee under his will, have received, and are possessed of, lands, negroes, and assets of the estate of her father, which came to them by descent, devise, or distribution, and liable to the claim of the complainant."

John Milledge of Richmond County set his hand and seal to his last will and testament on the ninth day of February 1818 leaving these legacies:

First having adopted in his early infancy Doctor Milledge Galphin, as my foster child and having educated him unto manhood do give devise and bequeath unto Milledge Galphin all that tract or parcel of land containing 400 acres beginning at what is called Mrs Henly's old Field or Negroe Burial Ground running across the main Western Road across Rea's Creek to the extent of my western and north western line keeping parallel with Mr. Coleman's fence to Savannah River...also all my right to one fourth part of my third of the lot number twelve (12) in the township of Augusta together with the following negroes all of whom have been born on my estate to wit Rockey, Chloe, Tenar and their children; Amy and her children, mulatto Jacob and her two children Husanna and Stephen and George the child of Husanna, Clara with my special desire that he treat with kindness Jacob Clara and Amy...My children John and Thomas Milledge having a long minority to pass through I do therefore constitute my beloved wife Ann Milledge Executrix. Thomas G. Lamar (My brother in law,) Thomas Cummin, Thomas Flournoy, William E. Barnes, Stephen Smith, William B. Bulloch, Charles Harris, John P. Williamson, James S. Bullock and William Cumming Executors...to the said John and Thomas Milledge and wife Ann Milledge all my real and personal estate of what nature and kind so every share and share alike...It is my wish and desire that my children have the rudiments of their education within the limits of their native state at Athens...my desire that my cousin Mary Milledge continue a member of my family and that as usual she be supported from the labour of the two negroes I gave her Will and Diana..presence of Elia C. Speights, Benjm H. Meigs, Daniel Bloxom proved Feb 16th 1818. It was proved in Richmond County Court of Ordinary the 16th of February 1818 and recorded in the court of Oridinary of Chatham County, Georgia April term 1818.[12] 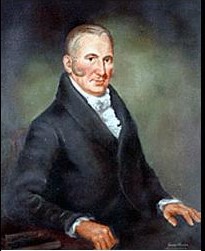