Maria Mitchell, the first acknowledged female astronomer, was born in 1818 on the island of Nantucket in Massachusetts. Maria's early interest in science and the stars came from her father, a dedicated amateur astronomer who shared with all his children what he saw as physical evidence of God in the natural world, although Maria was the only child interested enough to learn the mathematics of astronomy. She would later say, in a quote recorded in NASA's profile of her, that we should "not look at the stars as bright spots only [but] try to take in the vastness of the universe," because "every formula which expresses a law of nature is a hymn of praise to God."

By age 12, Maria was assisting her father with his astronomical observations and data, and just five years later opened and ran her own school for girls, training them in the sciences and math. In 1838, she became the librarian of the Nantucket Atheneum and began spending her evenings in an observatory her father had built atop the town's bank.

On October 1, 1847, a crisp, clear autumn evening, Maria focused her father's telescope on a distant star. The light was faint and blurry, and Maria suddenly realized she was looking not at a star, but a comet; she recorded its coordinates, and when she saw the next night that the fuzzy light had moved, she was sure. Maria shared her discovery with her father, who wrote to the Harvard Observatory, who in turn passed her name on to the king of Denmark, who had pledged a gold medal to the first person to discover a comet so distant that it could only be seen through a telescope. Maria was awarded the medal the following year, and the comet became known as "Miss Mitchell's Comet."

Mitchell also became a devoted anti-slavery activist and suffragette, with friends such as Elizabeth Cady Stanton and Susan B. Anthony, and helped found the American Association for the Advancement of Women. In her Life, Letters, and Journals, Maria declares that, "no woman should say, 'I am but a woman!' But a woman! What more can you ask to be? Born a woman — born with the average brain of humanity — born with more than the average heart — if you are mortal, what higher destiny could you have? No matter where you are nor what you are, you are a power."

She died on June 28, 1889, at the age of 70, in Lynn, Massachusetts. She was buried in Lot 411, Prospect Hill Cemetery, Nantucket. The Maria Mitchell Observatory in Nantucket is named in her honor.

ask our community of genealogists a question.
Sponsored Search by Ancestry.com
DNA
No known carriers of Maria's ancestors' DNA have taken a DNA test. 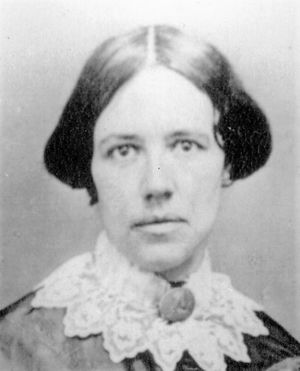 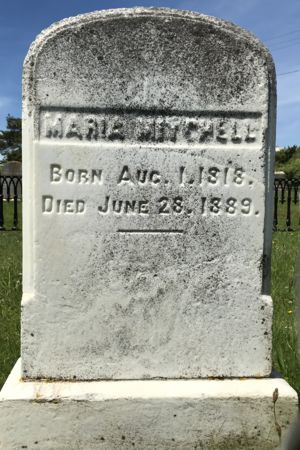