Mitchum is rated number 23 on the American Film Institute's list of the greatest male stars of Classic American Cinema.[

Mitchum was born in Bridgeport, Connecticut . His mother, Ann Harriet Mitchum (née Gunderson), was a Norwegian immigrant and sea captain's daughter, and his father, James Thomas Mitchum, was of Scots-Ulster descent. Throughout Mitchum's childhood, he was known as a prankster, often involved in fistfights and mischief. He experienced numerous adventures during his years as one of the Depression era's "wild boys of the road."

Mitchum arrived in Long Beach, California, in 1936, staying with his sister Julie. A nervous breakdown (which resulted in temporary blindness), apparently from job-related stress, led Mitchum to look for work as an actor or extra in movies. After impressing director Mervyn LeRoy during the making of Thirty Seconds Over Tokyo, Mitchum signed a seven-year contract with RKO Radio Pictures. Shortly after making the film, Mitchum himself was drafted into the United States Army, serving at Fort MacArthur, California.

After his stint in the service, he began to make critically acclaimed movies and garnered the rewards associated with them. AFI's 100 Years...100 Stars lists Mitchum as the 23rd greatest male actor (Carole Lombard is the 23rd greatest female actress) in American cinema. AFI also recognized his performance as the menacing rapist Max Cady and Reverend Harry Powell as the 28th and 29th greatest screen villains, respectively, of all time as part of AFI's 100 Years...100 Heroes and Villains. 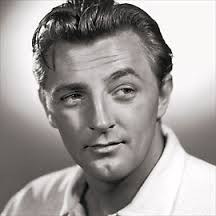 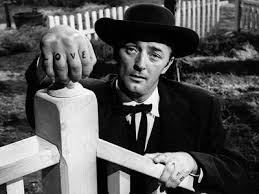 Robert is 28 degrees from Mary McCauley, 31 degrees from B. W. J. Molier and 20 degrees from Henry VIII of England on our single family tree. Login to find your connection.