The following is from the book Voices of Yesteryears. [1]

Michael Mochulski was born on September 29, 1885, in Pozdymyr, Poland. In 1905, at the age of 20, Mike left his home, boarded a ship in Antwerp, Belgium, and sailed for 14 long and tedious days before docking in St. John's, Newfoundland. Mike got work with the CPR in Roslyn, B.C., and in logging camps. In 1907, Mike moved to Spokane and worked on steel-laying gangs alongside the Columbia River, and in 1908 he worked in the Hosmyr coal mine.

In 1909, Mike came to Alberta and bought a homestead south of Vilna for $10. A year later he bought four oxen and one cow and he broke ten acres of land. That fall he left everything in care of his neighbor and went to work in Edmonton.

Mike met Anne Iwaniw who had emigrated from Radawanetz, Austria. On November 11, 1911, they were married in St. Josaphat's Cathedral in Edmonton. Together they worked and prospered on the land and eventually were able to buy more land. Mike and Anne were blessed with six children: Andy, Harry, Tekla, Stefka, Kate, and Jean.

Anne died in 1935. Mike, who was still actively farming, found it very difficult to look after the farm and the family, so he asked Anne's sister,Tekla, who lived in the Old Country, to come to join him and his family.

Tekla and her daughter Pearl arrived in Canada in 1936 and on July 15 of that year Mike and Tekla were married.

All through his life Mike took a very active part in social, community, school, and municipal affairs. When Sunny Knoll School was built in 1911, Mike served as a school trustee. Mike was also one of the original members that organized and helped to build the Stry Catholic Church in 1936.

Mike farmed for a total of 44 years, then he and Tekla retired to a home in Vilna. During the last few years of their lives they lived in the Vilna Lodge. Tekla died in April 1981 at the age of 87. Mike passed away in December 1981 at the age of 96. Anne, Tekla, and Mike are buried in the Stry Catholic Cemetery. 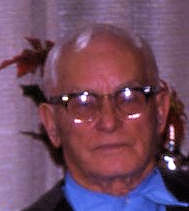