The old time friends of Mrs. Andrew Blum, of the vicinity of South Bend, will learn with regret of her death, which occurred on Thursday, February 2, 1928, at the M.E. hospital in Omaha following an operation for appendicitis and gall bladder trouble, pneumonia developing which was the immediate cause of her death. She was 67 years, 10 months and 18 days old.

The funeral occurred on Sunday afternoon at the Lutheran church north of Murdock, the paster, Rev. Zock officiating. Interment was in the Lutheran cemetery adjoining the church.

In Memory of Mrs. Blum

The grim reaper has again invaded our community, this time Mrs. Andrew Blum being his victim. On Sunday afternoon, February 5th, the remains of this devoted mother and companion were carried to her last resting place. Before the announced time, the Lutheran church, north of Murdock was filled to overflowing by sympathizing friends, which showed in what esteem the departed was held.

The service at the church opened with "Rock of Ages," by the congregation, followed by Scripture reading, I Thes., 4:13-18. A quartet sang "My Jesus as Thou Wilt." The sermon preached by the pastor, Rev. G. Zach, based on Rev. 14:13, "Blessed are the dead, which die in the Lord," was very comforting and cheering; it dispelled all gloom and doubt and brought hope and assurance to the hearts of the bereaved husband and father, as also to the children. The parting is only temporarily, and the hope of a happy and eternal reunion is held out to those that "die in the Lord." The quartet sang at this time, "Asleep in Jesus," which was very appropriate. After prayer, the Ladies Aid society, of which the departed was an active member, sang H.F. Lyte's "Abide With Me."

Thus has another of God's faithful followers been called to her reward. The home and the church will miss her. We recall to our mind the service she rendered at the installation of the present pastor, in decorating the church with oak leaf garlands; but heaven is enriched by her going to Him who redeemed her and washed her in His blood to prepare her for a home on High.

ask our community of genealogists a question.
Sponsored Search by Ancestry.com
DNA Connections
It may be possible to confirm family relationships with Louise by comparing test results with other carriers of her mitochondrial DNA. However, there are no known mtDNA test-takers in her direct maternal line. It is likely that these autosomal DNA test-takers will share some percentage of DNA with Louise: 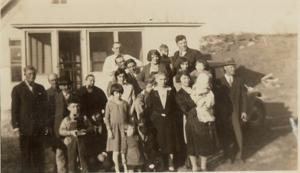 Grandma Louise and her cabbage patch 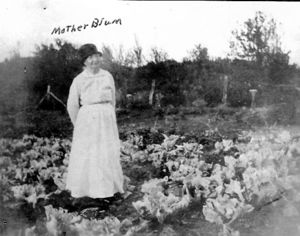 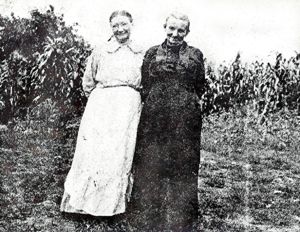 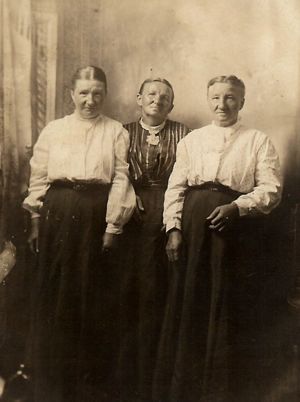