The following account is from: "FALAISE ROLL, RECORDING PROMINENT COMPANIONS OF WILLIAM DUKE OF NORMANDY AT THE CONQUEST OF ENGLAND by William Crispin, Princton University, 1896 and Leonce Macary , professor of the College of Falaise O.I." published by the American Genealogist, Volume XVI, Number 1, July 1939. Page 66 and 67.

Much of this information was taken from articles written by Stacey Grimaldi in the GENTLEMAN'S MAGAZINE of October 1832 which published a genealogy of the Grimaldi-Crispin-Toustain Fitz Rou de Bec (Whitney) lines:

"Crispina, a supposed daughter of Rollo, first duke of Normandy, married Grimaldus I, prince of Monaco, ca. 920, and had issue Guido, Prince of Monaco, Giballinus, a celebrated warrior against the Saaracens, and Ansgothus Crispinus [Crispin], who settled in Normandy and possessed the barony of Bec. The latter, (Ansgothus), married Heloise, daughter of Rodulph, count of Guynes and Boulogne, by Roselle, daughter of the count Saint-Paul, whose children were Herluin, abbot of Bec, Gilbert baron of Bec, lord of Tillieres, Constable of Normandy and Marshal of the army, who relinquished the surname Grimaldi to assume that of Crispin, Odo and Roger, both named in a charter by abbot Herlluin as his brothers, and Rollo or Rolf. This pedigree asserts that Gilbert Crispin was the father of William Crispin, baron of Bec, Gilbert Crispin, Lord of Tilleires, and Milo Crispin.

It furthur records that Rolf had two sons, Gosfrid Fitz Rou du Bec, the Conqueror's Marshal [and founder of the English "Marshal" family lineage, as outlined here][1], and Toustain Fitz Rou le Blanc, the standard bearer, sometimes called du Bec. (Toustain, after being awaded thousands of acres of land and many thanes by King William the Conquerer, after the victory over England in 1066 at the Battle of Hastings, married Agnes daughter of Alfred de Marlborough and had two sons Rollo and Eustace. Euastace settled on Toustain's land at Whitney in Herefordshire and eventualy took the name for his own and became Eustace Whitney. Eustace is the first of the Whitney surname from which all the later Whitneys came.)

Is Grimaldus I your ancestor? Please don't go away!

ask our community of genealogists a question.
Sponsored Search by Ancestry.com
DNA
No known carriers of Grimaldus I's DNA have taken a DNA test. 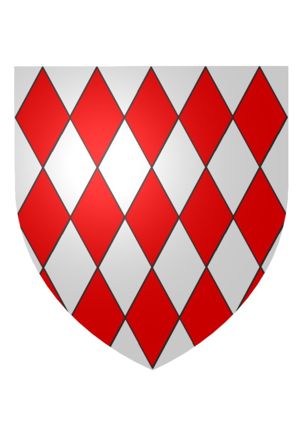 Ashley Jones JD
The cited Gentleman's Magazine article is noted elsewhere as highly speculative and not credible. Citations to other online trees are certainly not credible. Plus Geni has the whole family marked as a "fictitious persons." Are there any other sources that this family existed? If not, there should be a note on the profile warning about the source problems.
posted Jun 01, 2021 by Ashley Jones JD