Roger (Montbegon) de Montbegon was a member of aristocracy in the British Isles.

Roger was the son of Adam de Montbegon and Matilda, daughter of Adam FitzSwain.[1] His birth date is uncertain.

From his parents Roger inherited Hornby, Lancashire, and lands in Lincolnshire, Nottinghamshire and Yorkshire.[2][3]

While Richard I was held prisoner in Germany, Roger associated himself with the future King John in his efforts to gain control of England. In 1197/8 he was fined 500 marks as the price of reaching a settlement wit Richard.[4]

In 1195 or later Roger witnessed charters of Roger de Lacy.[5]

In the winter of 1219/20 Hubert de Burgh, who was largely in control of royal government at the time (Henry III was a minor), helped to safeguard Roger from the Sheriff of Nottingham and Derby, who was ordered to hand over two manors to Roger, but Roger had to go to court a few months later in an attempt to have this enforced.[11]

Roger was present at the second coronation of Henry III in May 1220.[12] The following year he helped to suppress an uprising by William de Forz, who had been another of the Magna Carta Surety Barons in 1215.[13]

"Roger de Montbegon (ca. 1165–1226) was another of the group of hard-line opponents of King John referred to by contemporaries as ‘the Northerners’. Roger was the son of Adam Montbegon and his wife Maud, daughter of Adam FitzSwain. His family held the barony of Hornby in Lancashire and other estates in Nottinghamshire, Lincolnshire and the West Riding of Yorkshire."

"In Richard I’s reign Roger had been a close supporter of John, then count of Mortain, joining him in his rebellion against the king during the latter’s imprisonment in Germany, and suffering temporary forfeiture of his estates as a result. In 1199 he offered 500 marks (about £333) to John, by now king, for the marriage of Olivia, widow of Robert FitzJohn, whom he shortly took as his wife. In the new reign Roger found himself in receipt of fewer favours than he had expected, and as early as 1205, when trouble was brewing in the north following John’s loss of Normandy, he was suspected of disaffection. Not surprisingly, he had many ties of association with other northern malcontents, notably Eustace de Vesci and William de Mowbray, to both of whom he stood surety for the repayment of debts to the king. In 1214 he was one of four members of the future Twenty Five who from the start resisted payment to the king of tax in lieu of military service in Poitou – the others being de Vesci, Mowbray and Richard de Percy. In the wake of John’s rejection of Magna Carta and the outbreak of civil war he was active on the baronial side but managed to avoid involvement in the baronial defeat at Lincoln. With de Percy, he made his peace with the new regime in August 1217."

"Roger spent much of the next three years engaged in a bitter struggle for the recovery of his Nottinghamshire manors of Clayworth, Oswaldbeck and North Wheatley. Throughout the process he faced stubborn opposition and delaying tactics from the sheriff of Nottingham, Philip Mark, a former ally of John and a possible real-life model for the sheriff of Nottingham of the Robin Hood ballads. Roger himself, however, proved overbearing, and determined to get his own way. In 1220 he was accused of holding onto stock which he had seized ‘contrary to the king’s peace and the statutes of the realm’. A decision on his right to present a deputy to represent him in a duel was postponed since he was, in the court’s words, ‘a great man and a baron of the lord king’. When the Nottinghamshire court insisted on holding onto some of his own stock which had been distrained, he withdrew from the court exclaiming that, if it would not restore that stock, he would see to it himself. The constable of Nottingham then asked him three times ‘by the counsel of the court’ that he should return to hear the consideration of the court. This he refused to do. It was said in the court that if he had not been a great man and a baron of the king ‘his person might well have been detained for so many transgressions’. Roger, for all his involvement in the campaign to subject royal authority to the law, was not so keen on application of the same idea in his own case."

Roger de Montbegon is one of the eight Magna Carta surety barons with no traced ongoing line of descendants. He had no issue by his wife Olive. When he died in 1225/26, his castle of Hornby in Lancashire was given by the King to John de Warren, Earl of Surrey; but when his brother, Henry de Montbegon, was recognized as Roger's heir, he recovered it.[16]

As a surety baron, Roger de Montbegon is managed by the Magna Carta Project, even though he is one of the eight barons with no traced ongoing line of descendants. ~ Noland-165 00:37, 27 January 2018 (EST)

This profile was reviews by Michael Cayley for the Magna Carta Project, finishing on 5 May 2020. 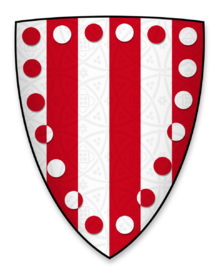 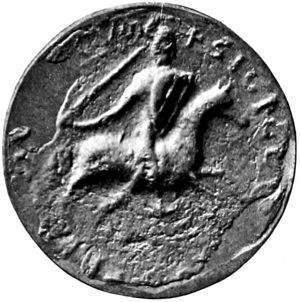 Michael Cayley
I plan to do some work on this profile as part of what I am doing for the Magna Carta Project on Surety Barons.
posted May 01, 2020 by Michael Cayley

Michael Cayley
I have now finished the main work I intend on this profile. If anyone spots any typos etc, please either correct them or message me. Thanks!
posted May 05, 2020 by Michael Cayley

April (Dellinger) Dauenhauer
I agree with Chet Snow's reply to the same Comment as below from Chase Ashely on Robert De_Vere, which ends with:

"Respected genealogist Richardson does not so why should we?"

Roger is 24 degrees from Laurie Giffin, 39 degrees from Toni Morrison and 12 degrees from Henry VIII of England on our single family tree. Login to find your connection.