Sir Moses Haim Montefiore, 1st Baronet, FRS was a British financier and banker, activist, philanthropist and Sheriff of London. Born to an Italian Jewish family, he donated large sums of money to promote industry, business, economic development, education and health amongst the Jewish community in the Levant (modern day Israel), including the founding of Mishkenot Sha'ananim in 1860, the first settlement of the New Yishuv. As President of the Board of Deputies of British Jews, his correspondence with the British consul in Damascus Charles Henry Churchill in 1841-42 is seen as pivotal to the development of Proto-Zionism.[1]

Montefiore was Sheriff of London, 1837-1838, and was knighted by Queen Victoria. He received a baronetcy in 1846 in recognition of his humanitarian efforts on behalf of the Jews. He was president of the British Board of Deputies from 1835-1874, with one brief interruption. Despite his position, he did not play a prominent role in the emancipation struggle, preferring to helped oppressed Jewish communities abroad.[2]

He was known to have such stature that he visited Russia in 1846 to ask the authorities to stop persecution of the Jews. He also visited Morocco in 1863 and Romania in 1867 for the same purpose. Montefiore deeply loved Eretz Yisrael and believed in its messianic restoration as opposed to the large-scale, planned development of the country as the solution to the Jewish problem.[3]

Sir Moses Montefiore's physical stature (he was 6 ft. 3 in. tall), together with his background and his philanthropy, made him highly respected and admired in England and abroad. His 100th birthday was a public holiday in Jewish communities around the world.[4]

Moses died in Ramsgate, Kent, England[5] and was buried in the family mausoleum there.[6]

ask our community of genealogists a question.
Sponsored Search by Ancestry.com
DNA
No known carriers of Moses's ancestors' DNA have taken a DNA test. 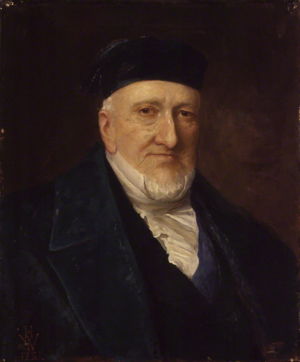 Moses is 20 degrees from Jaki Erdoes, 12 degrees from Wallis Windsor and 16 degrees from Henry VIII of England on our single family tree. Login to find your connection.