Frances "Fanny" Buchanan Allen was twenty-four and a widow when she met Ethan Allen, an American Revolutionary War leader who fought for Vermont's independence. They married in 1784 and had three children together. This was the second marriage for Ethan Allen. Fanny was noted to be attractive and well-educated. She had a love of science - botany in particular - and was a gifted musician.

Fanny and Ethan shared a happy marriage. When Ethan passed away in 1789, Fanny and the children moved to her mother's home in Westminster. In 1793 Fanny married her third husband, Jabez Penniman - living there from 1794-1800. They were married for over 40 years.

Ethan Allen's second wife. Nicknamed Fanny, she was the (alleged) illegitimate daughter of British military engineer John Montresor and Anna Schoolcraft of Schoharie, New York. Her maiden name is given as "Montezuma" on her marble table grave in Elmwood Cemetery, Burlington. Supposedly this was an attempt to disguise the name of her alleged father, Col. John Montresor, but colonial Americans were perfectly able to murder French spellings without intent to disguise.

Undocumented stories claim that Fanny's mother "Anna Schoolcraft" died in childbirth and that Fanny was raised by her aunt Margaret Schoolcraft, but the claims for this may arise from attempts to link the account of Fanny's origin to the plot of "Charlotte Temple" (London 1791, Philadelphia 1794) by John Montresor's first cousin Susanna (Haswell) Rowson (1762-1835) (Mrs. Rowson--whose own mother died in childbirth with her--tweaked Montresor's surname into "Montraville" for her sympathetic, remorseful antihero). In real life, there is no evidence that Montresor himself was remorseful for whatever affairs he got into--he is not known ever to have acknowledged Fanny as a daughter, nor does his interminable PCC will make any mention of her.

A New York Genealogical & Biographical Record article (ca. 1944--will get exact cite when quarantine lifts) by Brig. Frank Montresor Rideout Montresor (1885-1964), ran snippets of a letter (ca. 1763?) from Col. John Montresor in New York to a sister in England that since the (recent?) death of "poor Nancy" he's been "on the common" (non-monogamous). While "Nancy" is indeed a nickname for "Anna" it hardly follows that, in all of New York City, that "poor Nancy" must therefore be "Anna Schoolcraft" and no other, who has perished bearing his never-acknowledged child. Elements of this plot have also been linked to John Burgoyne and others. Fanny's later fondness for romantic fiction leads me to suspect she is the first person responsible for this confusion. She had the motive for it--the urge to protect herself and her mother from embarrassment and worse.

Other accounts claim that Fanny's father was a British officer killed before her birth. This definitely was not the case with Montresor. The list of Margaret's siblings, as seen in Schoharie church registers, does not include an Anna; while "Anna" was sometimes used as a prefix name among Schoharie Germans, as with Margaret's own mother Anna Christina Kemmer/Kämer, Margaret's father was English and the daughters' names in Schoharie registers are not so prefixed. It is just as likely that Margaret was Fanny's mother, as she is labeled on their portraits at the Fort Ticonderoga Museum. While Margaret had no children by her two known husbands, a difficult childbirth could have left her infertile, or one or both husbands could have had such issues.

In 1765 Margaret married a Tory, Crean Brush, an Irish-born Tory lawyer in New York City, who developed large land interests in and around Westminster, Vermont. It wouldn't surprise me if Fanny were actually a biological daughter, born before the death of his first wife, of the Tory Brush, rather than of the dashing British officer Montresor. Brush's will, drawn in prison, left all to his widow Margaret, and, should she remarry, in thirds to Margaret; his legitimate daughter Elizabeth Martha Brush (later wife of Thomas Norman); and to Fanny who is understood to be Margaret's daughter, her paternity not stated. When you draw up a will, you can bequeath to whomever you want without explicitly stating relationships. But Brush died a Tory in disfavor even with the British, and Fanny had over 50 years to embroider and suggest. Note that she never pursued any claims to Montresor's estate, though she did that of stepfather Brush.

About 1776 Brush moved the family to Westminster, Vermont, where he had large property interests. The same year Fanny, by now a skilled botanist and musician, was married to (John? some personal name beginning with F.?) Buchanan, a retired British military officer. (Other accounts make Fanny's first husband a much younger man, son of one of her stepfather's Tory cronies.) Buchanan was killed while fighting as a member of the King's Loyal Rangers, and Fanny's child with him died young; his identity has not heretofore been found in British regimental records.

In 1784 Fanny married Ethan Allen; the story of their brief courtship and seemingly spur-of-the-moment marriage has been exhaustively repeated in Hall's History of Eastern Vermont and elsewhere. They settled on a farm in Colchester, outside Burlington, now a State Park, and were involved in long snarling legal processes in an unsuccessful attempt to collect on Fanny's legacy from her Tory stepfather Brush--an ironic twist, this. The Allens had three children: Frances Margaret "Fanny" Allen, R.H.S.J., later a nun in Montreal; and Hannibal and Ethan, both of whom attended West Point and became Army officers.

After Ethan Allen's death in early 1789, Fanny and her children moved back to Westminster. In 1793 she married Dr. Jabez Penniman there; they moved back to the Allen farm, where Fanny gave birth to three more children. Debts later forced them to give up the farm and return to Westminster. In 1803 Penniman became US Customs Collector for Vermont and the family relocated to Swanton. During this time, Fanny's daughter Frances Margaret "Fanny" Allen converted to Catholicism while studying in Montreal and, after negotiations with her mother and stepfather, became a nun there as a Religious Hospitaller of St. Joseph (RHSJ).

During the War of 1812 the Pennimans took up residence in Burlington and Colchester, where Penniman served as Colchester Town Clerk and Chittenden County Probate Judge for many years. Fanny was a proficient botanist--considered the first of either gender to practice in Vermont. Her sample books, compiled ca. 1815 with her youngest daughter Adelia, are housed at the University of Vermont Herbarium in Burlington. Descendants remembered how she would walk down to Burlington to borrow the latest novel by Sir Walter Scott and other popular authors from the circulating library there. Fanny died in 1834. Her horizontal "table grave" in Elmwood Cemetery, much damaged by exposure, gives her maiden surname as "Montezuma", I believe its first documented appearance.

After Fanny's death in 1834, Jabez Penniman remarried, to the widow Cynthia (Janes) Marvin (1783-1854), of St. Albans, Vermont. He died at Colchester in 1841 and is buried in Elmwood Cemetery, Burlington, beside Fanny, under an equally damaged table grave.

Thank you to Sarah Dittmann for creating WikiTree profile Montresor-51 through the import of export-BloodTree.ged on Jun 27, 2013. Click to the Changes page for the details of edits by Sarah and others.

ask our community of genealogists a question.
Sponsored Search by Ancestry.com
DNA
No known carriers of Frances's DNA have taken a DNA test. 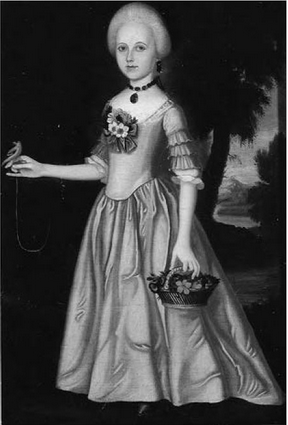