Frank ran a grocery store in Cedar Rapids, Iowa around the turn of the century. He also worked as a commercial traveler. It appears that he was unemployed at the time of his death.

Read about the mystery of the death of Frank's wife, May Moody: http://capturedandexposed.com/2020/02/07/family-secrets/

Prior to import, this record was last changed 3 APR 2011.

Definition.—A catarrhal inflammation of the lining membrane of the biliary ducts, especially the larger, and the duodenum,, and attended by discoloration of the skin and tissues from a consequent retention and absorption of the bile.

Etiology.—Catarrhal jaundice is most frequently secondary to catarrh of the gastro-duodenal mucous membrane, the inflammatory process extending from the duodenum to the larger duct, and through this to the smaller ones- beyond. It usually follows an attack of indigestion, or may be the result of cold and exposure. It not infrequently occurs in the course of the infectious fevers; such as pneumonia, typhoid fever, and malaria. Great emotional disturbances are sometimes followed by jaundice, and poisoning by phosphorus may also give rise to it, while, in chronic heart or kidney lesions, there is frequently portal obstruction, which is attended by the same results.

While it may occur at any age, it is more common in early life, between the ages of two and seven, and more often seen in males than in females.

Pathology.—That portion of the duct lying in the intestine is more frequently and seriously affected, though the inflammation may extend to the cystic or even hepatic duct. The mucous membrane lining the ducts is swollen and inflamed. The liver is usually congested, slightly enlarged, and of a deep yellow color. The gall-bladder is usually distended with bile. The ducts are occluded by the swollen mucosa and plugs of inspissated mucus.

Symptoms.—The symptoms that precede the staining of the tissues are those of gastro-intestinal catarrh, anorexia, coated tongue, nausea, and sometimes vomiting, sense of weight in the epigastrium, with constipation of the bowels, although, in exceptional cases, there is diarrhea.

The symptoms of jaundice vary very greatly, depending upon the nature of the hepatic lesion and the complications attending it. Within three or four days after the above named symptoms have taken place, discoloration of the skin and conjunctiva occurs.

The yellow tinge begins in the eyes, forehead, and neck, gradually extending over the body, the color being deepest in the wrinkles and folds of the skin. The color is generally of a lemon hue, becoming darker and assuming a bronze or greenish tint as the hepatic lesion assumes a graver character.

The urine is but slightly diminished in quantity, but becomes dark-brown or coffee color, and when agitated, foams, the froth showing a decided yellow tinge. When it comes in contact with the linen, it stains it yellow. The test usually employed for the detection of bile is that of Gmelin, and consists of placing a few drops of urine on a porcelain slab, and adding an equal quantity of nitric acid. If bile be present, a rapid play of colors results, in which green is characteristic.

The perspiration also contains bile pigment, and will stain the clothing, which is especially noticeable under the armpits. The tears, saliva, and milk scarcely ever contain bile pigment. Should pneumonia complicate the hepatic lesion, the expectoration is sometimes tinged with bile. The stools are drab or of a putty color, and generally very offensive.

The pulse is often greatly reduced in frequency, sometimes dropping to thirty, or even twenty beats per minute. This action is supposed to be due to the impression made upon the cardiac nerves by the bilirubin, and is not considered of grave importance.

A very unpleasant symptom is an intense pruritis, that develops when the disease assumes the chronic form. It may be general, or confined to the palms and soles, and between the fingers and toes, and is usually worse at night after the patient becomes warm in bed. The scratching that seems almost irresistible, is accountable for the papules, pustules, ulcers, and crusts, so often present. Urticaria, boils, carbuncles, and hemorrhages are sometimes present. In severe chronic cases, xanthelasma—yellow spots—are sometimes found.

The bile acids variously affect the nervous system. There is usually headache, and vertigo is not uncommon. Despondency, irritability of temper, and insomnia will characterize some icteric patients, while others become drowsy and listless, and are inclined to sleep most of the time. Where there is severe structural lesion of the liver, grave cerebral symptoms may develop, such as delirium, convulsions, coma, and death.

Diagnosis.—The diagnosis of jaundice is readily made, although sometimes the exact lesion giving rise to it is quite difficult to determine.

Prognosis.—The duration of catarrhal jaundice is from a few days to six or eight weeks, the average being from ten days to two weeks. The prognosis is therefore favorable. Where the yellow hue continues beyond two months, and especially where the hue assumes a darker shade, or where hemorrhage occurs in the skin and mucous membranes, with an elevation of temperature, the outlook is unfavorable.

Treatment.—This will depend altogether upon the conditions present. If there be no complications, and there is but little fever, chionanthus will be the only remedy required. 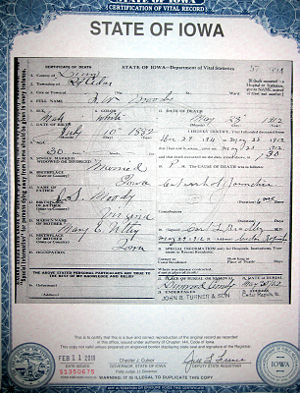