Named after col.William barkuloo of 57th. Georgia inf. REGIMENT CSA William was born in 1863. William Moody ... He passed away in 1925.

The remains of W.B. Moody, Sr., were interred at the Moody cemetery, close to thehome where he was born and the largest concourse of sorrowing relatives and friends ever assembled in that section. Mr. Moody had been in failing health for the past several years, but his condition did not become alarming until a few days ago, when it was discovered he had contracted Bright's disease. Mr. Moody was sixty two years old. Born on the 6th day of January 1863. He was the youngest son of George Moody one of the pioneers and substantial men of this county. "Uncle Bart" as he was familiarly known in this county was one of the best knowncharacters in the entire county. He possessed a good education, a vein of original wit and couldentertain a large crowd with his stories of the "old days." He never affiliated with any religiousdenomination, but several years ago he joined the Holmesville Masonic lodge, later transferring his membership to the Coffee lodge. Holmesville lodge and Coffee lodge had charge of interment. Rev. Paulk preachedfuneral services. Mr. Moody is survived by his widow and thirteen children, five boys and sevengirls surviving: W.B. Moody and Johnnie Moody, of Coffee; Mrs. Mamie Brenton, Apalachicola, Fla.; Mrs.Nancy Aycock, Brunswick; Mrs. Macey Harrison, Coffee; Mrs. Edward Haire, Surrency; Mrs. Viney Sullivan, McAlpin, Fla.; Mrs. Effie Waters, Waycross; Mrs. Mary Smith, Bristol. - Shane Forrester [1] 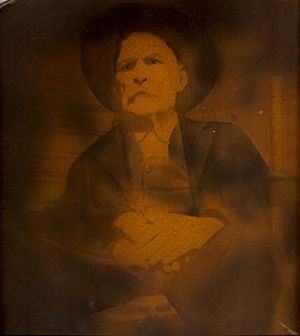 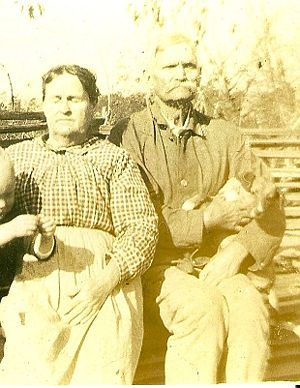 Exact dates - Parents to be merged as well

William is 39 degrees from Louis Braille, 17 degrees from Greta Moody and 16 degrees from Henry VIII of England on our single family tree. Login to find your connection.