Dr. Charles Carson Moody, or "Chip" to everyone he ever came in contact with, was born March 16, 1954, in San Gabriel, CA, and raised in the central coast city of Salinas, California. He was the son of Carson Homer Moody and Jeanne Cosper. He passed away in 2018.

Chip received his Bachelor of Arts degree in Pastoral Ministries from William Jessup University, Rocklin, CA, in 1976. He followed his undergraduate with a total of three Master's degrees and a Doctorate.

Chip was every bit both student and educator. His academic experiences paralleled his ministry throughout his life.

Journal of the Evangelical Homiletics Society, Spring 2008. Review of The Reading and Preaching of the Scriptures in the Worship of the Christian Church, Vol. 6, by Hughes Oliphant Old.

ask our community of genealogists a question.
Sponsored Search by Ancestry.com
DNA Connections
It may be possible to confirm family relationships by comparing test results with Charles or other carriers of his Y-chromosome or his mother's mitochondrial DNA. Y-chromosome DNA test-takers in his direct paternal line on WikiTree: It is likely that these autosomal DNA test-takers will share some percentage of DNA with Charles: 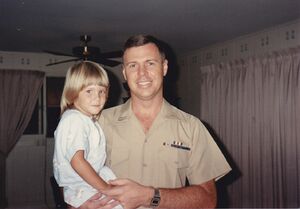