ask our community of genealogists a question.
Sponsored Search by Ancestry.com
DNA
No known carriers of Catherine's DNA have taken a DNA test. 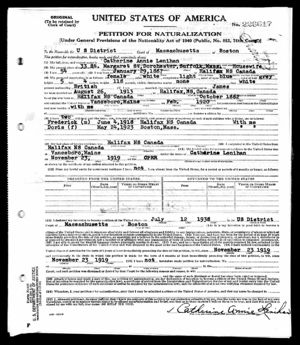 Leave a message for others who see this profile.
There are no comments yet.
Login to post a comment.
[Living Moore]
Would you add this mother to her children. She is private so I can't add her. The mother and father Caton-144 were reversed.
posted Apr 22, 2017 by [Living Moore]