Muddy Waters is best known as the "father of modern Chicago blues" and was a major inspiration for the rise of British blues in the 1960s. Muddy was raised by his grandmother, Della Grant. She gave him the nickname "Muddy" at an early age because he loved to play in the muddy water of nearby Deer Creek. On November 20, 1932, Muddy married Mabel Berry. Guitarist Robert Nighthawk played at the wedding and the party reportedly got so wild the floor fell in. Mabel left Muddy three years later when Muddy's first child was born; the child's mother was Leola Spain, 16 years old.

Muddy headed to England in 1958 and shocked audiences (whose only previous exposure to blues had come via the acoustic folk/blues sounds of acts such as Sonny Terry and Brownie McGhee and Big Bill Broonzy) with his loud, amplified electric guitar and thunderous beat. In 1967, he joined forces with Bo Diddley, Little Walter and Howlin' Wolf to record the Super Blues and The Super Super Blues Band pair of albums of Chess blues standards.

Muddy's long-time wife Geneva died of cancer on March 15, 1973. A devastated Muddy was taken to a doctor and told to quit smoking, which he did. He gained custody of some of his illegitimate children. Another teenage daughter turned up while Muddy was on tour in New Orleans; Big Bill Morganfield was introduced to his Dad after a gig in Florida. Florida was also where Muddy met his future wife, the 19-year-old Marva Jean Brooks whom he nicknamed "Sunshine". Clapton served as best man at their wedding, also in 1973. In 1982, declining health dramatically curtailed Muddy's performance schedule. His last public performance took place when he sat in with Eric Clapton's band at a Clapton concert in Florida in autumn of 1982. On April 30, 1983, Muddy Waters died in his sleep from heart failure, at his home in Westmont, Illinois. 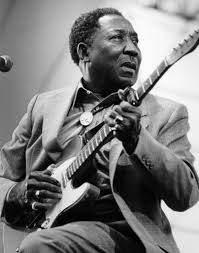