Marie Morin was born and baptized on 19 March 1649 in Québec (ND), daughter of Noël Morin and Hélène Desportes. Her godfather was Louis Dailleboust, governor of the colony, and her godmother was Marie Madeleine Legardeur, wife of Jean Paul Godefroy.[1]

"In pronouncing her solemn vows on October 27, 1671, Sister Morin became the first Canadian-born nun in Montreal. Her talents as a businesswoman were soon recognized, since in 1672 she was appointed depositary. She was to be appointed to this office again in 1676, 1681, 1689, and 1696. Sister Morin explained this appointment modestly: she knew the country better than the Frenchwomen who were her companions, and she could obtain materials of better quality and more cheaply."[3]

She penned the historical Annals of the Hôtel-Dieu de Montréal. [4]

The following is from, "Hélène's World" by Susan McNelley:

When the Ursulines and girls first moved in, the building was like a barn. As soon as possible, the interior was finished. Each nun had a cell or cubicle; this was as much to protect against the cold as to provide each nun with a degree of privacy. Her bedstead was enclosed like a box and entered through doors which swung open like a cupboard.

Marie Morin, Hélène and Noël's daughter, would later provide a description of winter in seventeenth-century Montréal that was apt for Québec as well:

"You must know that the cold of this country can be understood only by those who are subjected to it. Their house [Hôtel-Dieu of Montreal] having holes in more than 200 places, the wind and snow easily pass through them...so that when there had been wind and snow during the night, one of the first things to be done in the morning was to take wooden shovels and the broom to throw out the snow around the doors and windows...and the water that was put on the table for drinking froze within a quarter of an hour."

Although the author Susan Mcnelley states they were Ursulines, they were in fact Hospitaller nuns (Soeurs Hospitalières).[3]

The 1667 census of Montréal island shows her, whereas the 1666 census only listed the men hired by the congregation.

The 1681 census of Montréal also shows her.

ask our community of genealogists a question.
Sponsored Search by Ancestry.com
DNA
No known carriers of Marie's ancestors' DNA have taken a DNA test. 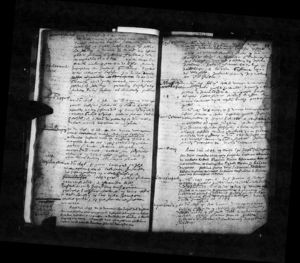 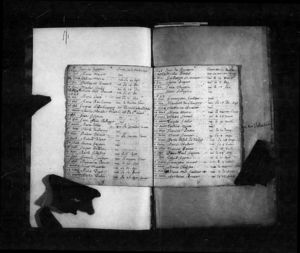 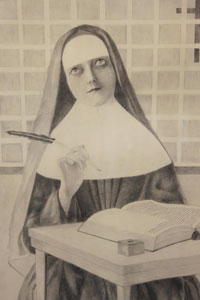