Samuel Morse, born in 1791[1], was not what one might expect from the inventor of Morse Code and the single-wire telegraph.

He was born in Charlestown, Massachusetts. At the age of only 14 years old (1805), Samuel attended Yale College. He graduated and returned to Massachusetts in 1810 where he became a clerk for a publisher until 1811 when his parents allowed him to go to London, England to attend the Royal Academy of Arts. His parents didn't think it proper for him to be a painter, and so he didn't pursue his interest until he went to London even though he had encouragement from a well-known American painter named Washington Allston.

In London, Samuel was taught by an American named Benjamin West. Due to Morse's charismatic, warm personality, he made many other friends such as Charles Leslie, another painter, and a poet named Samuel Taylor Coleridge. Morse wins a gold medal at an arts exhibition in London, and returns home in 1815. He proceeded to open an art studio, and in search of commissions to earn himself money, he travels to New Hampshire. There, he met his first wife; Lucretia Pickering Walker, who was 16 at the time. In 1819, the city of Charleston, South Carolina commissioned Morse to paint a portrait of President James Monroe.

In 1825, Morse's wife Lucretia died unexpectedly while he was away on a painting commission. The slowness of communications at the time meant he did not get home until after she was buried.[2]

Morse continues his life largely as an artist until autumn of 1835, when he creates a recording telegraph with a moving paper ribbon. Morse demonstrates his telegraph to a few acquaintances and soon finds himself attached to two partners, Alfred Vail and Dr. Leonard Gale. After an old acquaintance of Morse's tries to take credit for his telegraph design, Morse moves to get a patent for it. In December of 1837, Morse withdrew from painting to work on the telegraph. Morse described his telegraph as "including a dot and dash code to represent numbers, a dictionary to turn the numbers into words and a set of sawtooth type for sending signals."

Other people were also working on wired communications at the time, but they used multi-wire systems, typically four or five wires. Morse's system was the first practical single-wire solution.

In 1843, Morse got funding from Congress to make a telegraph line from Baltimore to Washington D.C. The first ever inter-city telegraph line message encompassed his amazement, saying: "What hath God wrought!" Morse quickly became an American hero and his technology became widely used. Several private companies opened their own telegraph lines and paid royalties to Morse. By 1848, Morse was married again and with enough money from his telegraph, he brought his family together in a country home. He grew to the age of 80, and in those years he donated money to Yale and other colleges, and also to struggling artists. On April 2nd, 1872, Morse died of pneumonia at the age of 80[3].

Note: Samuel F B Morse is a well known historical personality. Though he had 2 brothers, Richard and Sidney who founded the "New York Observer" he laid claim to his own fame on several accounts. Samuel distinguished himself as an artist. He painted a portrait of Lafayette himself and the two become personal friends. Secondly he became well known for his inventive genius. Among his contributions in this area are the Morse Code Teletype, and the electric light bulb. Samuel also founded a school called the "Academy of Design".


Memories: 1
Enter a personal reminiscence or story.
Anissa Truscott
"My price is five dollars for a miniature on ivory, and I have engaged three or four at that price. My price for profiles is one dollar, and everybody is willing to engage me at that price." - Samuel Morse
posted 30 Oct 2009 by Anissa Truscott
Login to add a memory.
Is Samuel your ancestor? Please don't go away! 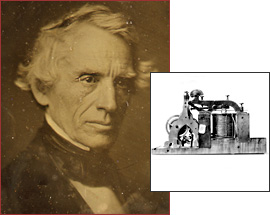 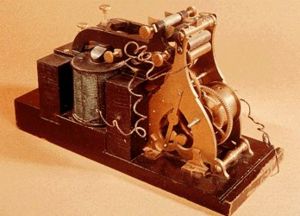 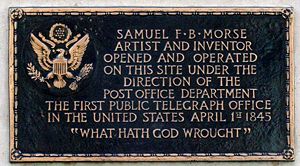 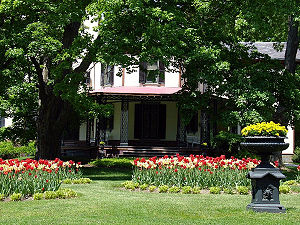 Leave a message for others who see this profile.
There are no comments yet.
Login to post a comment.
Brett Barbaro
Morse-3263 and Morse-11 appear to represent the same person because: Inventor of telegraph
posted Aug 16, 2015 by Brett Barbaro
Anissa Truscott
Kerby, Mona. <i>Samuel Morse.</i> NYC, New York: Franklin Watts, 1991. 64. Print.