An American comic strip artist best known for the aviation adventures in his long-running The Adventures of Smilin' Jack which ran in more than 300 newspapers from 1933 to 1973.[1]

Zackary Mosley and wife, Irah, lived in Indian Territory (Oklahoma) when their first child, Zack, was born. They had four additional children between 1909 and 1923. The Mosley family lived in Hickory, Murray County where Zackary ran a dry goods store. Zachary’s father, Bill Mosley, also lived in Murray County where he owned the cotton gin and the Bank in Hickory.

In Hickory, at the age of 7, in 1913, young Zack viewed the site of a plane crash near the family home and was totally enthralled with the plane and its structure. During this time, he watched the mail planes fly over his small town. In 1917, when an Army 'Jenny' also crashed near the farm, Zack began drawing the planes in detail. By 1926, Zack enrolled in the Chicago Academy of Fine Arts to study, and then spent three years at the Art Institute of Chicago. By the early 1930s, Zack was assisting Dick Calkins in the drawing of ‘Buck Rogers’ and ‘Skyroads’.

His fascination with the airplane never left him. His love of drawing, aviation and the people he met through flying were his inspiration for his first sole comic strip was "On the Wing", which was a comedy-adventure strip about three terrified student pilots. Zack submitted his drawings and ideas to the editor, Joe M. Patterson of the ‘The Chicago Tribune’. The editor liked the potential in Zack and had Zack start with a new comic strip. “On the Wing” first appeared in the Sunday edition of the Chicago Tribune-New York News Syndicate newspaper on October 1, 1933.

The new strip was very popular but the editor felt it needed a name change. Zack Mosley’s unofficial nickname at the “Chicago Tribune” was 'Smilin’ Zack', So the editor, Joe Patterson, took the “On the Wing” main fictional character’s name of 'Mack Martin' and changed it to 'Jack Martin' and the strip was renamed “Smilin’ Jack”. The strip and new name premiered on December 31, 1933, and the comic strip appeared once a week in the Sunday edition for three years. Its popularity grew and the strip became daily on June 15, 1936.

During those early years, Zack also took flying lessons starting in 1932, of which he was very afraid in those early lessons handling a plane, but eventually he became a licensed pilot by November 13, 1936. “Smilin’ Jack” was very popular for decades by mixing humor with aviation along with the many characters he featured. Zack was excellent in drawing accurately the various aircrafts, so his strips were extremely popular with fellow aviators.

Zach moved to Lake Worth, Florida in 1939. As a founder and member of the Civil Air Patrol, Zack served as a volunteer pilot starting in 1941. Part of his responsibilities as a Wing Commander included flying over 300 hours with non-military planes loaded with bombs for transport along the eastern coast of the United States between 1941 and 1943. With the Civil Air Patrol during World War II, Zack was on continuous lookout for any enemy submarines, U-boats or ships in the waters off the U. S. coast.

He moved to Stuart, Martin County, Florida in 1946. All along his popular comic strip “Smilin’ Jack” continued to be syndicated in 300 newspapers across the United States and in many foreign nations. There also spin-offs of comic books and shows. Over the years with the changes to aviation, Zack kept up on the newest innovations and included those into his “Smilin’ Jack” storyline. Each creative comic strip kept the humor, unusual characters, wonderful adventure plots and lovely women to keep its audience entertained.

With his passion actually taking hold of the controls to fly a plane, he also owned 9 different planes over his life and logged over 3,000 air miles piloting a plane all across the nation promoting aviation. Besides drawing the strip, he designed aviation insignias and all types of flight material.

Zack married twice (once in 1932 and second in 1945) and had one daughter with his second wife.

The final "Smilin’ Jack" strip appeared on April 1, 1973. It had long endured the ever changing aviation period and remained authentic with a true sense of humor during each decade. An era which had spanned 40 years was now closed.

In 1976, Zack was officially accepted into the United States Air Force Hall of Honor.

Zack died of a heart attack in Stuart, Florida, on December 21, 1993 and was buried at Fernhill Cemetery in Stuart.

Zack Terrell Mosley was inducted into the Oklahoma Cartoonists Hall of Fame in 2007.

NOTE: The researcher and writer of the above bio of Zack Mosley is Alice L. Luckhardt of Stuart, FL (member of the local museums).


Memories: 1
Enter a personal reminiscence or story.
Alice Luckhardt
From his daughter, about Zack T. Mosley; "he will be inducted to the Florida Aviation Hall of Fame in Lakeland, Florida on December 12th, 2008."
posted 2 Dec 2008 by Alice Luckhardt
Login to add a memory.
Sponsored Search by Ancestry.com
DNA
No known carriers of Zack's DNA have taken a DNA test. 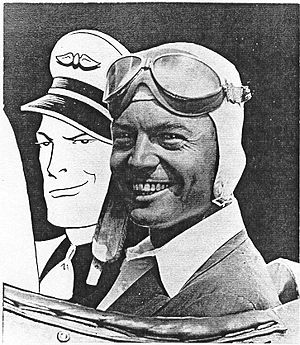 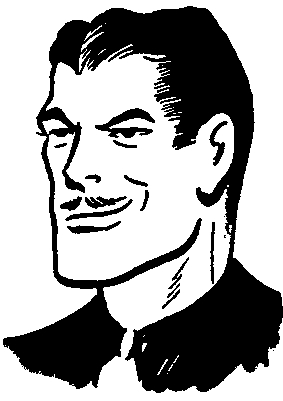