Priscilla Mullins was born about 1602 at Dorking, Surrey, England. Her parents were William Mullins and his wife whose first name was thought to be Alice. Alice Unknown Mullins represents this woman.[1]

Priscilla was only 17 when she boarded the Mayflower. The passengers on the Mayflower first resided at Plymouth Colony, Massachusetts, British North America. During the first winter at Plymouth, Priscilla lost her parents and brother. While she had another brother and sister who remained in England, she was suddenly the only living member of her family in the New World. She was shortly thereafter, in 1622 or 1623, married to John Alden, the Mayflower's cooper, who had decided to remain at Plymouth rather than return to England with the ship.

John and Priscilla lived in Plymouth until the late 1630s, when they helped found the neighboring town of Duxbury, probably moving there before 1640. John and Priscilla had ten or eleven children, and an enormous number of descendants, including poet Henry Wadsworth Longfellow, Presidents John Adams and John Quincy Adams, and Vice President Dan Quayle."[2]

Priscilla is last recorded in 1650, but oral records say she died only a few years before her husband. Priscilla (Mullins) Alden died at Duxbury, Plymouth, Massachusetts about 1685. John Alden and Priscilla Alden's grave is in Miles Standish Burial Ground at Duxbury. Exact burial locations within the cemetery have been lost to time. According to Caleb Johnson's Mayflower History, Priscilla died "sometime between 1651 and 1687 at Duxbury."[3]

Priscilla is known to literary history as the unrequited love of the newly widowed Captain Miles Standish, the colony's military advisor, in Henry Wadsworth Longfellow's 1858 poem, The Courtship of Miles Standish. According to the poem, Standish asked his good friend John Alden to propose to Priscilla on his behalf, only to have Priscilla ask, “Why don’t you speak for yourself, John?”

Longfellow (a direct descendant of John and Priscilla) based his poem on a romanticized version of a family tradition, although until recently, there was little independent historical evidence for the account. The basic story was apparently handed down in the Alden family and published by John and Priscilla’s great-great-grandson, Rev. Timothy Alden, in 1814.

Scholars have recently confirmed the cherished place of romantic love in Pilgrim culture, and have documented the Indian war described by Longfellow. Circumstantial evidence of the love triangle also exists. Miles Standish and John Alden were likely roommates; Priscilla Mullins was the only single woman of marriageable age. The families of the alleged lovers remained close for several generations, moving together to Duxbury, Massachusetts in the late 1620s.

We actually know very little about John Alden and his wife, Priscilla Mullins, and their lives together. Assumptions can be made about their ages upon arrival in Plymouth. Because we know his death date, September 22, 1687, and his approximate age then, he is presumed to have been born in 1599 or 1600, making him about 21 years of age. There is no record of Priscilla's birth, but it is generally assumed that she was younger, probably in her mid to late teens. Her father, mother, and brother all died during that wretched first winter in Plymouth. According to her father's will, she had a sister and a brother in England. The brother, William, eventually came to the colonies. There is also no record of her death, though tradition holds that she lived until about 1680 and John's will indicates that she died by 1687.

It appears that John Alden and Priscilla Mullins were married in 1621 or 1622, perhaps the third marriage in Plymouth Colony. Both received their part of divisions made to the original settlers in 1623 and 1627. They had ten documented children and perhaps another who died young. These few facts and assumptions are all we know of Priscilla.

Yet, of all the Pilgrim women, the name of Priscilla (Mullins) Alden is arguably the best known, and many who could not name another Pilgrim can readily recall John Alden. This is because of the poem, The Courtship of Miles Standish, written by their descendant, Henry Wadsworth Longfellow, which was part of the education of American school children for decades. The merits of the poem nor the truth of the story will not be discussed here, but the memorable phrases, "Speak for yourself, John," and "If I am not worth the wooing, then surely I am not worth the winning," have placed the Aldens solidly into American lore and increased the public interest in their house.

John and Priscilla's first home was in Plymouth. The exact date when they moved into a home of their own is not known, but certainly by 1627 they were living across from the Governor's house and near the fort. This is the house which is replicated in today's Plymouth Plantation. A stone at the foot of Burial Hill commemorates the Plymouth house.[4]

The following is from Find A Grave:

American Colonial Figure. One of the charter members of the Plymouth Colony, arriving on the first voyage of the "Mayflower", her marriage to John Alden is the first marriage in Plymouth. Born Dorking, Surrey, England, at the time of the sailing of the Mayflower in 1620 for America, she arrived with her parents a young girl of about 16 or 17. Apparently having no surviving brothers or sisters, her parents died in the first winter ashore, in early 1621, when about half of the colony perished. Between the time of their deaths in 1621 and her marriage to John Alden about 1623, it is not known whom she stayed with or how she survived. John married Priscilla Mullins, about 1623, but the exact date has been lost to history. A legend of a rivalry between John Alden and pilgrim Miles Standish for Priscilla Mullins arose, and was first published in the book, "Collection of American Epitaphs and Inscriptions" in 1814, by Timothy Alden. The story was popularized by the poem, "The Courtship of Miles Standish" by Henry Wadsworth Longfellow in 1858, however, there is no documentation of such a rivalry to have existed in any of the records of the Plymouth Colony. (bio by: Kit and Morgan Benson)[5]

At least 20 profiles were merged together to make up this one. One of the contributors, Michael Stephenson .passed away during the initial work on the combined profile.

Sponsored Search by Ancestry.com
DNA
No known carriers of Priscilla's DNA have taken a DNA test. 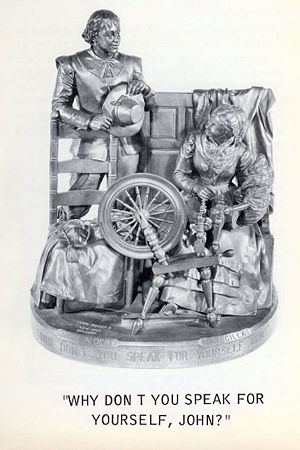 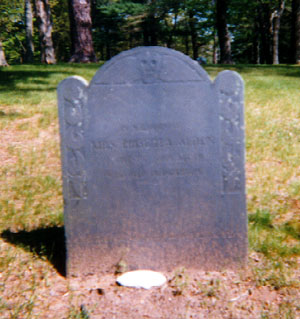 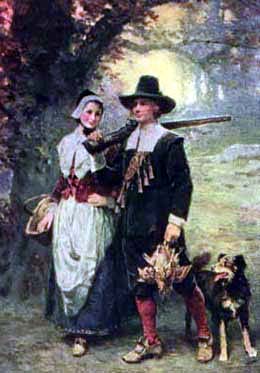 Anne B
Mullins-4891 and Mullins-7 appear to represent the same person because: marriage should be about 1622. specific date no supported.
posted Apr 05, 2019 by Anne B

Robin Lee
Mullins-4805 and Mullins-7 appear to represent the same person because: same dates, and family, clear duplicated
posted Mar 11, 2019 by Robin Lee
David Moberly
Would like to add that the Spring 2018 issue of American Ancestors, published by NEHGS, outlined recent research demonstrating that Priscilla's mtDNA haplogroup was H6a1a9 (pgs. 56-7). Not sure where to do so.
posted Jul 15, 2018 by David Moberly

Anne B
Dates on both are estimates. marked as false errors
posted Apr 22, 2018 by Anne B

Robin Lee
Is the specific death date (month and day) documented somewhere? I do not see a source for it.
posted Nov 25, 2017 by Robin Lee
M (Boynton) B
Eugene Aubrey Stratton. Plymouth Colony: Its History & People 1620 - 1691.

This source has more info on Priscilla Mullins & John Alden etc than what is now in this profile. For example it also says he was a Cooper. There should be more citations of Bradford.

Also this profile should be harmonized with John Alden's, her husband

Becky (Nally) Syphers
Several edits have been done to this profile recently. First one is to change the mother to someone who had been disproved. The second set of changes do not conform to style standards.
posted Oct 23, 2015 by Becky (Nally) Syphers

Priscilla is 16 degrees from Katie Goodwin, 12 degrees from Wilbur Scoville and 11 degrees from Henry VIII of England on our single family tree. Login to find your connection.