Peter Andreas, two years younger than Edvard, was a physician, who married, and died at age thirty of pneumonia.[1]

He was married to Johanne Kinck 19 April 1895 at Lillehammer, Oppland, Norway.[4][5] They were the parents of Andrea Sofie Munch, born 20 February 1896, several months after her father's death.[6]

In 1895, Edvard contacted his brother, Andreas, about the need to support their Aunt Karen and sister Inger. Andreas was not enthusiastic about the proposal, as he planned to soon marry.

"But Andreas had never demonstrated the careful concern for the family that haunted Munch; the younger brother's life had been easier in terms of his more robust health, his approved vacation and his ability to disengage from the emotional burden of family. Now, at thirty, he announced that he had met the woman he wanted to marry. Marriage meant expense; Andreas took on the usual bridegroom's loan for furniture, household goods and so on."[7]

"Andreas was married in April 1895 There was something strange about the marriage. The family deeply disliked and distrusted the bride. The daughter of a headmaster, she was certainly very pretty, but in November Andreas wrote to his family, "I can't stand life any longer" and he died of pneumonia at the end of the year. His unpopular wife was believed, in some obscure way, to have caused his death. She was pregnant when he died had in due course gave birth to a daughter."[8]

Is Andreas your ancestor? Please don't go away!

ask our community of genealogists a question.
Sponsored Search by Ancestry.com
DNA
No known carriers of Andreas's DNA have taken a DNA test. 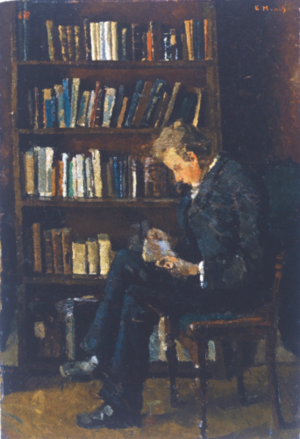 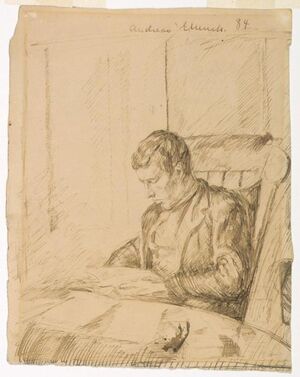