Anna (Murray) Douglass was a part of the Abolitionist Movement.

Anna (Murray) Douglass is a part of US Black heritage.

Anna Murray-Douglass was an American abolitionist, a member of the Underground Railroad, and the first wife of social reformer, writer and statesman Frederick Douglass.

The seventh-born and first of Bambarra and Anna Murray's twelve children to be freeborn, Anna met her future husband in Baltimore and helped him escape to New York in 1838. After their marriage, they lived in New Bedford, Massachusetts, where they both worked with the Anti-Slavery Society. They had five children: Rosetta (b. 1839), Lewis (b. 1840), Frederick (b. 1842), Charles (b. 1844), and Annie (b. 1849). Anna helped support her family by working as a laundress and later as a shoe mender.

When the family moved to Rochester, New York, Anna became involved in the Underground Railroad. She welcomed hundreds of fugitive slaves on their way to Canada into her home. "It was no unusual occurrence for mother to be called up at all hours of the night, cold or hot, as the case might be to prepare supper for a hungry lot of fleeing humanity," wrote her daughter Rosetta.[1]

In 1872 Frederick and Anna relocated to Washington, D.C., where they bought two row houses. Five years later they moved to Cedar Hill a house in the Anacostia neighborhood of Washington, where Anna died of a stroke in 1882. 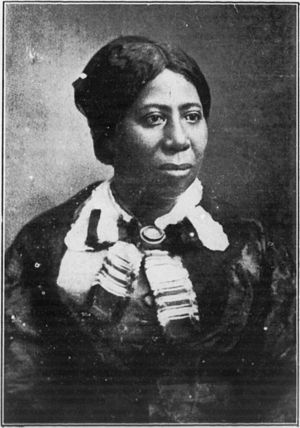 Social and Literary Reunion of the Anna Murray Douglass Union 1900

Leave a message for others who see this profile.
There are no comments yet.
Login to post a comment.
K Raymoure
Possible sister living with them in the 1850 census: Charlotte Murray, b. 1820 Maryland
posted May 11, 2018 by K Raymoure