Prince of Orange. Born Willem von Nassau-Dillenburg the son of Wilhelm Graf von Nassau-Dillenburg and Juliane zu Stolberg-Wernigerode. He inherited the holdings of the Nassau family in the Low Countries in 1544. He was raised largely in the court of the Holy Roman Emperor Charles V who made him a page. In 1555 he was made stadtholder of Holland, Zeeland, and Utrecht becoming the first of the hereditary stadtholders of the United Provinces of the Netherlands. In 1566 he and his allies moved to drive the Spanish and their Inquisition out of the Netherlands, when initial failure compelled him to seek alliance with the French. In 1581, with the Act of Segregation, the northern Seven Provinces formally declared independence from the Spanish throne with William as stadtholder. Philip II of Spain put a bounty of 25,000 crowns on William's head declaring him a 'pest' and 'enemy of the human race.' In the summer of 1584 he was shot at close range from ambush by a French Catholic fanatic and died instantly. The murderer was captured, tortured, and executed in the marketplaceat Delft. William had married four times and produced seven children including three future Princes of Orange. He was also known as William the Silent. He is remembered in the Netherlands as the father of the fatherland.

Sponsored Search by Ancestry.com
DNA
No known carriers of Willem's DNA have taken a DNA test. 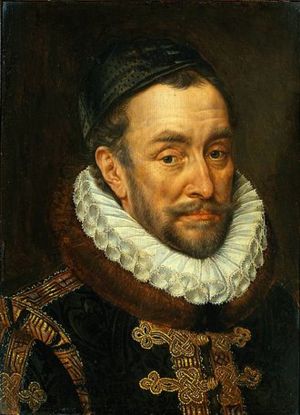 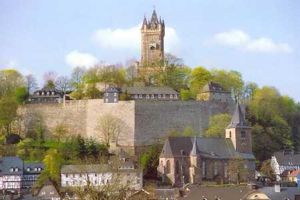 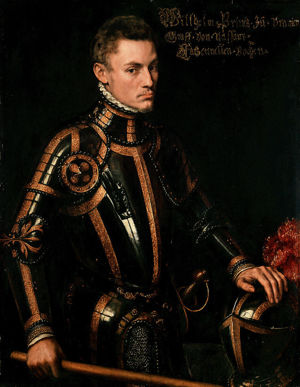 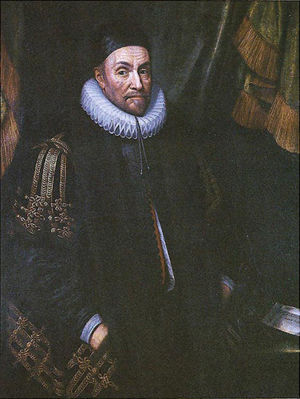 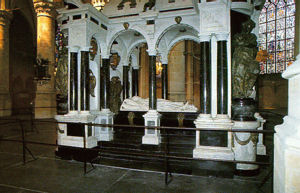 John Atkinson
Then replace them Jan, this is an open profile and post-1500 so few restrictions on who can edit it, and I'm sure it is not just the Dutch who hate to see those sorts of citations on profiles.

In fact all three biographies seem to rely almost solely on Wikipedia biographies which may or may not be appropriate.

posted Dec 01, 2019 by John Atkinson
Jan Terink
Ridiculous and irritating to see totally unnecesary and uncheckable Ancestry citations. We Dutch just hate to see that. For Dutch genealogy you don't need a paid subscription to any site. And certainly not for famous Dutch people.
posted Nov 30, 2019 by Jan Terink

Willem is 17 degrees from Jaki Erdoes, 11 degrees from Wallis Windsor and 6 degrees from Henry VIII of England on our single family tree. Login to find your connection.