LeRoi was a member of the Presbyterian Church (USA).

Dr. LeRoi Elwyn Nelson was born in McAlester on 9 Aug 1921 to William Roi and Audrey Jones Nelson. LeRoi Nelson graduated from McAlester High School in 1938 and went to Oklahoma University where he was a member of Phi Delta Theta fraternity. LeRoi graduated from Southern College of Optometry in Memphis, Tennessee. He joined the U.S.Navy and was an officer aboard the USS Robley D. Evans, a Fletcher-class destroyer, that was disabled by four Japanese kamikaze planes on 11 May 1945. Lt. LeRoi was the official photographer for the USS Evans, and he kept a scrapbook with 152 photos of the ship and the men aboard. The “Fighting Bob Evans” had to be towed back to San Francisco and was not repaired. He had married Annette Hennen on 5 Sept 1943 in Brunswick, Georgia , and their first child was born on 13 August 1944. He was very active in the McAlester, Oklahoma community. He served on the McAlester planning committee for over 12 years. He was a member of McAlester Country Club and was an excellent golfer. He served as president of the McAlester School Board, and he was president of the Rotary Club. He worked as an optometrist and served on the board of directors of the Oklahoma Optometrist Society, and he was the first optometrist to fit contact lenses in McAlester. He and Annette raised three children: Michael Hennen Nelson, Cynthia Ann Nelson and William Roi Nelson. He enjoyed being active in First Presbyterian church, golf, fishing, refinishing furniture, carpentry, and he worked on a great deal of genealogy on his wife’s family. He was artistic and made Christmas ornaments shortly before his death. He died from stomach cancer at the age of 52 on 20 December 1973.

Is LeRoi your relative? Please don't go away!

ask our community of genealogists a question.
Sponsored Search by Ancestry.com
DNA
No known carriers of LeRoi's DNA have taken a DNA test. 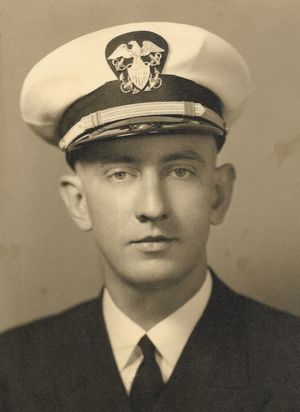 ObiTuary and attack on Evans 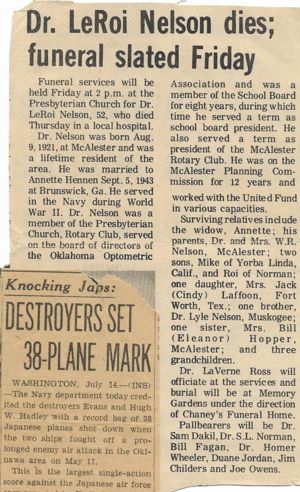 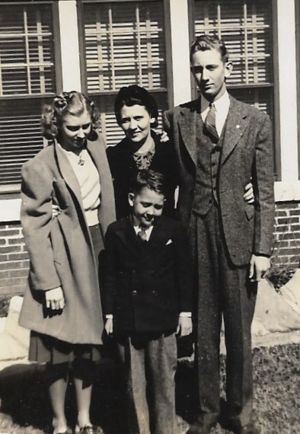 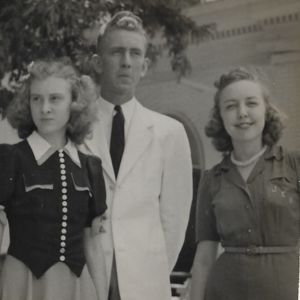 25 years after they were married in Brunswick, Georgia 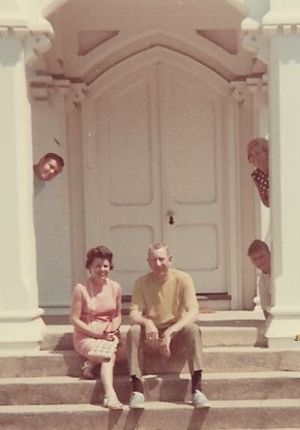 LeRoi is 23 degrees from Danielle Liard, 19 degrees from Jack London and 18 degrees from Henry VIII of England on our single family tree. Login to find your connection.