[1]Sevrie Clara Nelson was born 13 March 1890 in Gann Valley, South Dakota, the daughter of George Nelson and Carrie Tesdahl. She married Earl Seymour on 7 October 1907 in Story County, Iowa. He was born 25 August 1887 in Danville, Illinois. She attended rural school. He was a painter and a farmer. They lived in Pocahontas, in Northwest Iowa. Sevrie poisoned herself with arsenic on 9 July 1925. Interment was in the Cambridge Cemetery.

Is Sevrie your ancestor? Please don't go away!

ask our community of genealogists a question.
Sponsored Search by Ancestry.com
DNA Connections
It may be possible to confirm family relationships with Sevrie by comparing test results with other carriers of her mitochondrial DNA. However, there are no known mtDNA test-takers in her direct maternal line. It is likely that these autosomal DNA test-takers will share some percentage of DNA with Sevrie: 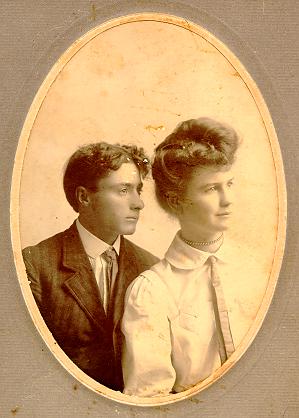