Nephew Bob Bates reported in 2014 that Florence Nelson was born April 3, 1918, at Hale Hospital in Haverhill, MA. She was raised on the Nelson family homestead in Goshen, NH. She graduated from Norwell [MA] High School in 1936; she was the class Valedictorian. The graduation ceremonies that year were held in a local church because high had burned. Floss recalled the day when the school burned – she was heartbroken at being a senior and not having a high school to graduate from.

Floss and Dot were very normal siblings, close one minute and fighting bitterly the next. Dot would take evil pleasure in chasing Floss around with dead snakes, apparently on several occa-sions. Floss usually ended running to her Mom, screaming. One day, however, the dead snake Dot picked up started to move, and it was Dot who went screaming to Mom!

The girls remembered sleeping one summer evening in the living room at the Whitney Farm, probably, they expected, because they had company (not an infrequent event). As they whispered long into the evening, their dad came downstairs armed with a hairbrush to try to put an end to the nonsense. No amount of whining could convince him they had been sleeping all along, and as he struck the first blow, there was a lout clap of thunder nearby. Even though Dad had trouble keeping a straight face at this ethereal reinforcement, he continued his ministrations.

Their dad was not very long on discipline. Fathers seem to inherit that role by title and posi-tion, and he like many others are uncomfortable in that duty. Floss and Dot discovered very early that if they screeched their penitence early and long, the punishment would be limited to a single spank and a fatherly talk. Both remembered his admonishing them to quiet down, “Now Mother’s kind of tired. Take it easy.”

Floss married Ernest Greenman. They had 4 children: Lois born 1940, Wendell born 1942, Carlton (Carl) born 1944, and Stephen Douglas born March, 1951 and named after his great grandfather. The Greenmans lived in Orange, Massachusetts until about 1957. By this time Flossie and Ernest were divorced. Flossie had struggled to earn her degree and earn a living for her four children. About 1957 or 8 she moved her family to the farm where her parents, Mabel and Ernest Nelson, were living. Her sister, Dot Townsley, lived on the next farm on Apple Valley Road, Ashfield, Mass.

Is Floss your ancestor? Please don't go away!

ask our community of genealogists a question.
Sponsored Search by Ancestry.com
DNA Connections
It may be possible to confirm family relationships with Floss by comparing test results with other carriers of her mitochondrial DNA. However, there are no known mtDNA test-takers in her direct maternal line. It is likely that these autosomal DNA test-takers will share some percentage of DNA with Floss: 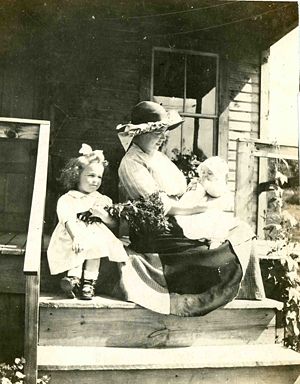 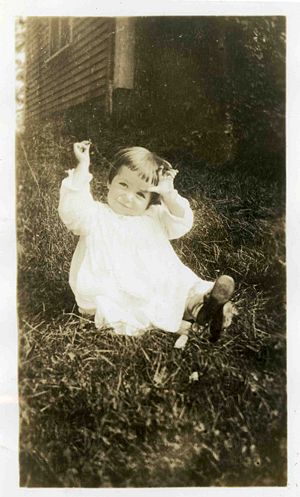 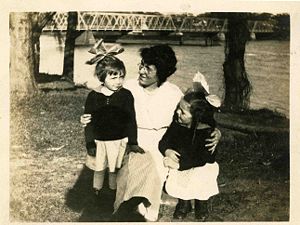 Hial with Floss and Ida with Dottie 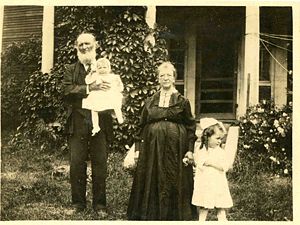 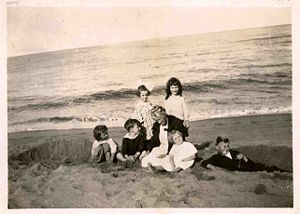