Frederick "Ricky" Nelson was born May 8, 1940 in Teaneck New Jersey the son of Ozzie and Harriet Nelson. He had an older brother David.

Ricky was known for staring in the adventures of Ozzie and Harriet 'playing ' himself. He also costarred in the movie Rio Bravo with Dean Martin and John Wayne.

Ricky married Sharon Kristin Harmon on April 20, 1963. The two of them had four children Tracy Kristine, sons Gunnar Eric and Matthew Gray (who were twins), and Sam Hilliard. Ricky and Sharon divorced in December of 1982.

February 14, 1981, Eric Crewe was born to Nelson and Georgeann Crewe. This was confirmed with a blood test in 1985 that linked Nelson to being the child's father.

As a child Ricky was a frail child that was often afflicted with Asthma attacks at night his sleep was eased with a vaporizer emitting tincture of evergreen.

Nelson was killed December 31, 1985 when an airplane he was riding in caught fire spreading to the cabin killing everyone aboard.

Is Rick your relative? Please don't go away!

ask our community of genealogists a question.
Sponsored Search by Ancestry.com
DNA
No known carriers of Rick's DNA have taken a DNA test. 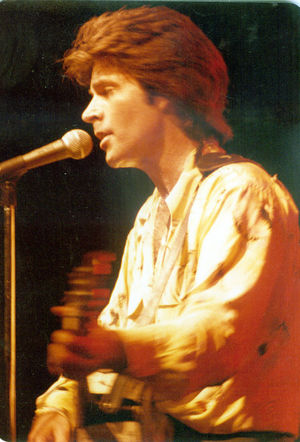 Publicity photo of American entertainer, Ricky Nelson promoting him as a musical artist on Decca Records 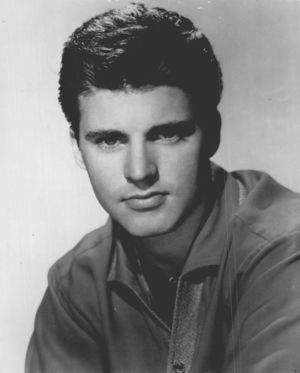 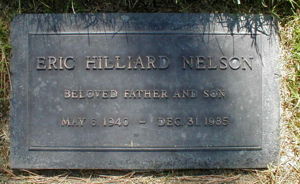