Hugh was nationally known as a breeder of horses.[10]

On November 14, 1943, Hugh came to St. Louis, Missouri to attend the second wartime meeting sessions of the bottlers' group. On the 18th he went to the Jefferson for a party with friends. A fight began when Hugh took a glass of liquor from Bernard Oonk's table and drank it. Hugh was knocked to the floor by a strike to the head from Bernard Oonk and died without regaining consciousness. He died November 18, 1943 at the Missouri Baptist Hospital of an intracranial hemorrhage in St. Louis, Missouri, United States.[10][11][12] Hugh's body was taken to Detroit, Michigan.[11]

ask our community of genealogists a question.
Sponsored Search by Ancestry.com
DNA
No known carriers of Hugh's ancestors' DNA have taken a DNA test. 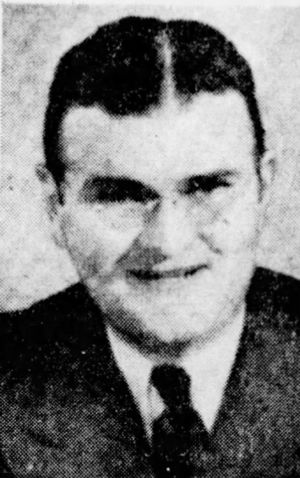