Michael Nesmith was born 'Robert Michael' Nesmith, in Houston, Texas, in 1942. He was an only child. His parents Warren and Bette Nesmith (née McMurray) divorced when he was four. His mother later remarried in 1962, and remained married until 1975. Mike Nesmith and his mother moved to Dallas, Texas to be closer to her family. She took temporary jobs ranging from clerical work to graphic design, eventually attaining the position of executive secretary at Texas Bank and Trust. When he was 13, his mother invented the typewriter correction fluid known commercially as Liquid Paper. Over the next 25 years, she built the Liquid Paper Corporation into a multimillion-dollar international company, which she sold to Gillette in 1979 for $48 million. She died a few months later at age 56.

Michael Nesmith participated in choral and drama activities at Thomas Jefferson High School in Dallas, he enlisted in the Air Force in 1960 without graduating. He completed basic training at Lackland Air Force Base in San Antonio, Texas and was trained as an aircraft mechanic at Sheppard Air Force Base in Wichita Falls, Texas, he then was permanently stationed at the Clinton-Sherman Air Force Base near Burns Flat, Oklahoma. He obtained a GED certificate and was honorably discharged in 1962. He enrolled in San Antonio College, where he met John Kuehne and began a musical collaboration. They won the first San Antonio College talent award, performing a mixture of standard folk songs and a few of Nesmith's original songs.

Early Work~ After a tour of duty in the Air Force, Nesmith won a singing spot with a band by knowing a number of Chuck Berry's songs. He bought a guitar with his parents' help, learning as he went, and joined a series of working bands, performing folk, country, and occasionally rock and roll. His verse poems became the basis for song lyrics, and after moving to Los Angeles with Phyllis and friend John London, he published a number of his own songs. Nesmith's "Mary, Mary" was recorded by the Paul Butterfield Blues Band, while "Different Drum" was recorded by Linda Ronstadt and the Stone Poneys. "Pretty Little Princess", written in 1965, was recorded by Frankie Laine and released as a single in 1968 on ABC Records. Later, "Some of Shelly's Blues" and "Propinquity" were made popular by the Nitty Gritty Dirt Band on their 1970 album Uncle Charlie & His Dog Teddy.

Michael Nesmith began his recording career in 1965 with a one-off single released on Edan Records. He followed with two singles recorded under the name "Michael Blessing", released on Colpix Records—coincidentally also the label of Davy Jones, though they had not met.

Michael Nesmith began to write more songs and poetry, then he moved to Los Angeles and began singing in folk clubs around the city. He served as the "Hootmaster" for the Monday night hootenanny at The Troubadour, a West Hollywood nightclub that featured new artists. Randy Sparks from the New Christy Minstrels offered Nesmith a publishing deal for his songs, and Barry Freedman told him about upcoming auditions for a new TV series called The Monkees.

In October 1965, Michael Nesmith landed the role as the wool hat-wearing guitar player "Mike" in the show, which required real-life musical talent for writing, instrument playing, singing, and performing in live concerts as part of The Monkees band. The Monkees television series aired from 1966 until 1968, and developed a cult following over the years. From 1965 to early 1970, Mike Nesmith was a member of the television pop-rock band the Monkees, created for the television situation comedy of the same name. Mike Nesmith won his role largely by appearing nonchalant when he auditioned. He rode his motorcycle to the audition, and wore a wool hat to keep his hair out of his eyes; producers Bob Rafelson and Bert Schneider remembered the "wool hat" guy, and called Nesmith back.

Once he was cast, Screen Gems bought his songs so they could be used in the show. Many of the songs Michael Nesmith wrote for the Monkees, such as "The Girl I Knew Somewhere", "Mary, Mary", and "Listen to the Band", became minor hits. As with the other Monkees, Nesmith came to be frustrated by the band's manufactured image. Nesmith was the most publicly vocal Monkee about the band's prefabricated image.

By the time the Monkees officially broke up in 1970, Michael Nesmith had been gone for a year and had already released his first solo album, the all-instrumental The Wichita Train Whistle Sings, which All Music said "received very little attention except from the inevitably confused Monkees fans."

In his 2017 memoir Infinite Tuesday, as discussed and quoted in People magazine, Michael Nesmith described how the end of the Monkees meant he was "left to fly on [his] own" and "things of the most mundane type took horrifying turns." Among those "mundane things": The IRS came looking for the back taxes he'd been ignoring for years, seizing his property and leaving him "essentially penniless." Things went from bad to worse when his post-Monkees records continued to be largely ignored, his marriage to his college sweetheart, Phyllis, broke up, he had an affair with the wife of a friend, and he sunk what little money he had left into building a country music studio that ultimately went nowhere. "Every seam in the sack of my life started to split and all the contents started leaking out."

In 2016, Michael Nesmith contributed vocally and instrumentally to the Monkees' 50th anniversary album Good Times! He additionally contributed a song, "I Know What I Know", and was reportedly "thrilled" at the outcome of the album. Despite not touring with Micky Dolenz and Peter Tork for the majority of the Monkees' 50th Anniversary reunion in 2016, Mike Nesmith did twice fill in for the ailing Peter Tork and appeared for the final show of the tour, which featured the three surviving band members (the last show to do so). At the end of the final show, Nesmith announced his retirement from the Monkees, never to tour again.

In 2018, Michael Nesmith and Micky Dolenz toured together as a duo for the first time under the banner "The Monkees Present: The Mike and Micky Show". The tour was cut short four dates out due to Nesmith having health issues (he was flown back home and proceeded to have quadruple bypass surgery). He contributed two songs for the Monkees' 13th studio album, Christmas Party (the group's first Christmas album), released on October 12, 2018.

In 2019, Michael Nesmith and Micky Dolenz reunited again to make up the cancelled dates of the tour and adding several more dates, including a forthcoming tour of Australia and New Zealand. Michael Nesmith and Micky Dolenz announced a follow-up tour, "An Evening with the Monkees", to begin in early 2020. The tour was delayed, however, due the COVID-19 pandemic. It was announced by Mike Nesmith and Micky Dolenz on May 4, 2021 that the Monkees would disband following a farewell tour. Dubbed "The Monkees Farewell Tour", the tour consisted of over 40 dates in the US from September to November. However, because of restrictions due to the ongoing COVID-19 pandemic, they were not able to play shows in Canada, the UK or Australia. The final date of the tour was held on November 14, 2021 at the Greek Theatre in Los Angeles.

Michael Nesmith became more heavily involved in producing, working on Iain Matthews's album Valley Hi and Bert Jansch's L.A. Turnaround. Mike Nesmith was given a label of his own, Countryside, through Elektra Records, as Elektra's Jac Holzman was a fan of Nesmith's. It featured a number of artists produced by Mike Nesmith, including Garland Frady and Red Rhodes. The staff band at Countryside also helped Mike Nesmith on his next, and last, RCA album, Pretty Much Your Standard Ranch Stash. Countryside folded. In the mid-1970s, Mike Nesmith briefly collaborated as a songwriter with Linda Hargrove, resulting in the tune "I've Never Loved Anyone More", a hit for Lynn Anderson and recorded by many others, as well as the songs "Winonah" and "If You Will Walk With Me," both of which were recorded by Linda Hargrove. Of these songs, only "Winonah" was recorded by Michael Nesmith himself. During this same period, he started his multimedia company Pacific Arts, which initially put out audio records, eight-track tapes, and cassettes, followed in 1981 with "video records." Michael Nesmith recorded a number of LPs for his label, and had a moderate worldwide hit in 1977 with his song "Rio", the single taken from the album From a Radio Engine to the Photon Wing. In 1983, Michael Nesmith produced the music video for the Lionel Richie single "All Night Long". In 1987, he produced the music video for the Michael Jackson single "The Way You Make Me Feel"

Michael Nesmith was married three times and had four children. He met his first wife, Phyllis Ann Barbour in 1964, while at San Antonio College. Together, they had three children: Christian, born in 1965; Jonathan, born in 1968; and Jessica, born in 1970. Nesmith and Barbour divorced in 1972. Michale Nesmith also had a son, Jason, born in August 1968 to Nurit Wilde, whom he met while working on The Monkees. In 1976, he married his second wife, Kathryn Bild. In 2000, he married his third wife, Victoria Kennedy, but the marriage ended in divorce in 2011.

When the Monkees' TV series ended in 1968, Michael Nesmith enrolled part-time at the University of California, Los Angeles, where he studied American history and music history. In 1973, Michael Nesmith founded the Countryside Records label with Jac Holzman, the founder of Elektra Records. In 1974, Nesmith started Pacific Arts Records and released what he called "a book with a soundtrack", titled The Prison, as the company's first release.

Michael Nesmith instigated a project titled Videoranch 3D, a virtual environment on the internet that hosts live performances at various virtual venues inside the Ranch.

In 2017, he released a memoir and companion "soundtrack" album titled Infinite Tuesday: An Autobiographical Riff.

Michael Nesmith was forced to cancel the last four dates of his 2018 tour with Micky Dolenz due to a "minor health scare". In an interview with Rolling Stone published on July 26 of that year, Michael Nesmith said he had undergone quadruple bypass heart surgery, and had been hospitalized for over a month.

In 2019 Michael Nesmith toured, focusing on his 1972 album, 'And the Hits Just Keep on Comin', in a two piece configuration with pedal steel player Pete Finney, the first time in this format since 1974 with Red Rhodes.

Michael Nesmith died from heart failure at his home in Carmel Valley, California, on December 10, 2021, at age 78. Micky Dolenz memorialized Nesmith as "a dear friend and partner." The Texas native, who wrote songs, played guitar and sang, was influential in helping the Beatles-clone, made-for-TV band break free from producer Don Kirshner and gain creative control over their musical output. Michael Nesmith's death leaves Micky Dolenz as the last surviving member of the Monkees. Davy Jones died in 2012 and Peter Tork died seven years later [2019]. Michael Nesmith and Micky Dolenz did a farewell tour earlier this year, playing their last show at the Greek Theater in Los Angeles on 14 November 2021.

Sponsored Search by Ancestry.com
DNA Connections
It may be possible to confirm family relationships with Michael by comparing test results with other carriers of his ancestors' Y-chromosome or mitochondrial DNA. However, there are no known yDNA or mtDNA test-takers in his direct paternal or maternal line. It is likely that these autosomal DNA test-takers will share some percentage of DNA with Michael: 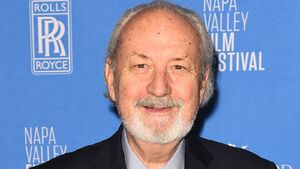 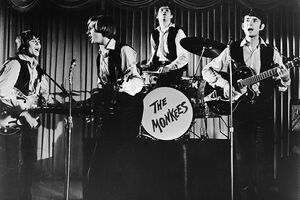 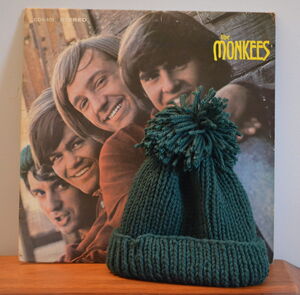 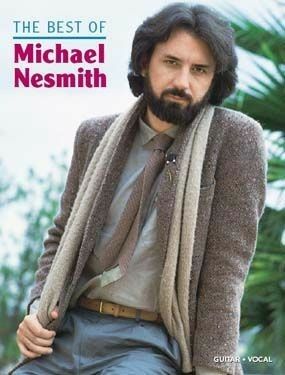 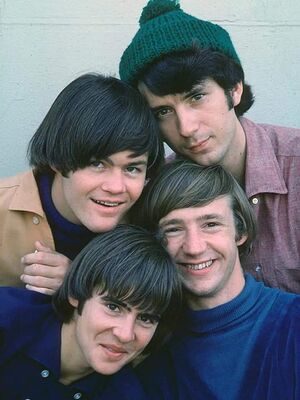 Kurt Driver
The profile managers should have done it. I've seen this in many celebrity profiles, the parents exist but aren't connected.
posted Dec 11, 2021 by Kurt Driver