Newton was the only child of:

His parents were married in April 1642, but his father died the same year ... just three months before Newton was born at Woolsthorpe manor.[3] This property was purchased by Newton's paternal great-great-grandfather, John Newton II of Westby, co. Lincs. (bur. 22 Dec 1563 Westby).[2] [2][6]

In 1646, Newton's mother remarried to Barnabas Smith, Rector of Witham, co. Lincs;[3][7] while Newton was left with his maternal grandmother Margery Blyth, at Woolsthorpe.[3][8][9]

Newton had three half-siblings, who are all named in the will of his maternal grandfather, James Ayscough:[3][4]

Newton began his education at local schools, then attended Grantham grammar school. His youthful inventions include a small windmill, a clock ran by water and a sundial.

Late in 1659, near the age of seventeen, his mother called him home from school to take charge of her considerable estate. The experiment was a disaster. He wanted none of it. He had discovered the world of learning, and there his heart lay.

Isaac was sent to Cambridge by his maternal uncle, William Ayscough, Rector of Burton Coggles, co. Lincs. He was admitted at Trinity College in June 1661. He graduated in 1665 but was not an exceptional student.

He was probably at Woolsthope during the plague in 1665-66. It was around this time when he discovered "gravitational attraction."

In the 1660s, English physicist and mathematician Isaac Newton began a series of experiments with sunlight and prisms. He demonstrated that clear white light was composed of seven visible colors.

In 1667, he returned to Cambridge to teach, and became Lucasian Professor of Mathematics in the University of Cambridge in 1669. He later invented calculus to explain motion.

His theories made no significant impact until 1684 when the English astronomer Edmond Halley, asked him for assistance to explain the motion of planets around the sun. Halley, however, found that Newton already had a solution, so the astronomer put aside his work to publish Newton's discoveries.

In 1687 Newton's discoveries on the laws of motion and theories of gravitation were published in "Philosophiae Naturalis Principia Mathematica" (Mathematical Principles of Natural Philosophy), or "Principia."[10] This book has been considered one of the greatest single contributions in the history of science and laid the foundations of classical mechanics.

Newton's discoveries in optics were equally great. His work on light was collected in his highly influential book "Opticks".[11] First published in 1704, it laid out the foundation of spectrum analysis and explained why objects are perceived to have color. In 1668 he had constructed the first reflecting telescope, and then in 1671 he built an improved second model of the reflecting telescope.[12][13] Later that same year Newton had been requested to send his telescope to the Royal Society to be examined. Newton's second model arrived in December 1671, and in January of 1672 the Royal Society announced that King Charles II as well as prominent members of the Royal Society had inspected the telescope and were much impressed with it.[12][13] That January Newton was elected as a fellow of the Royal Society.[13]

Newton also dedicated much of his time to the study of alchemy and biblical chronology, but most of his work in those areas remained unpublished until long after his death.

He was a fellow of Trinity College. Adevout but unorthodox Christian, he privately rejected the doctrine of the Trinity and refused holy orders in the Church of England. He was elected a fellow of the Royal Society in 1672.

Politically and personally tied to the Whig party, Newton served two brief terms as Member of Parliament for the University of Cambridge, in 1689–90 and 1701–02. His motivation appears to be related to a campaign to install a Roman Catholic majority at the university, following the death of Charles II and the succession of James I to the throne.[14]

In 1705, Newton was knighted by Queen Anne and became the first scientist in Europe so honoured. But before he could be titled, he had to submit an affadavit for knighthood.[3]

This requirement led to Newton being the one to draw up the chart for the Newton pedigree in 1705.[2][15] Later on, Newton is said to have doubts about this chart, and apparently ... there are two family traditions. The variations are:[15]

While Newton seemed to favor the latter variation during c. 1725-27, antiquarians believed that it was not "as strong" as the 1705 pedigree.[15]

Newton died in 1727 at the age of 84. He is buried in Westminster Abbey.[16] His memorial statue in the chapel of Trinity College, Cambridge, England, of which he was a distinguished member, is inscribed "Qui genus humanum ingenio superavit" (He surpassed the race of man in understanding). [16]

He was said to have left a fortune of £27,000, including bequests to several Cambridge institutions. Isaac Newton never married or had children. Woolsthorpe was inherited by a cousin, but no later member of the family entered Parliament.[17]

ask our community of genealogists a question.
Sponsored Search by Ancestry.com
DNA
No known carriers of Isaac's ancestors' DNA have taken a DNA test. 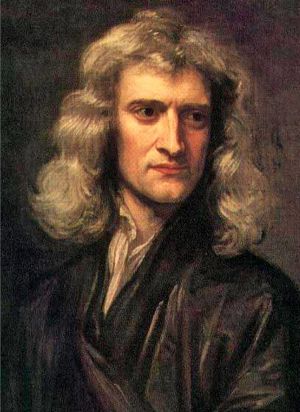 Sir Nicholas Mander 4th Bt
It is incorrect and probably anachronistic to describe Newton as "a member of the aristocracy in England". His father was confessedly a "yeoman". What's wrong with that?

As a graduate of Trinity College, I do not think it's correct to say that he "matriculated into" Trinity Coll. Neither was he "a math professor".