Born in 1910 at 'Blythswood'. Betty was so tiny when born she was wrapped in cotton wool and placed by the fire and was nursed in bed by her mother.

As a young woman Betty probably did Tresillian Nurse training and then became a companion/help to Venie Wilcox, Jack's mother. The Norton's and Wilcox's were friends.

Shortly after the death of Jack's mother on 17 July 1932 Bet Norton and Jack Seaborn Wilcox were married on 10 December, 1932. They built a home at Gordon in Sydney and lived there approximately 2 years before returning to Jack's family home, `Okinya', in Yarranabbe Road, Darling Point. 'Okinya' was a 1/2 acre property on the waterfront. 'Okinya' is an aboriginal name for water-hole or well where the Yarranabbe tribe lived. (Jack bought his brother and sister's out after his mother died.) The house at Gordon was rented.

Bet and Jack had 4 children, Venie, Sid, Jim, George and at the outbreak of WWII, Jack bought a house at Leura, in the Blue Mountains, and evacuated his family there in 1941, returning to Okinya in 1945. Being father of 4 children at that stage, Jack was not required to go to war, but he enlisted in the Royal Australian Engineers and trained at Penrith. He became a training officer, 2nd Lieutenant, and served in New Guinea supervising the erection of 'Bailey Bridges'.

After the war Sid and Jim were boarded at Leura Preparatory School while Jack & Bet settled back into 'Okinya' and the twins, Mymie (Isti) and Gai were born in Sydney at hospital at Vaucluse.

Before the war Jack had been a director of 'Acelec' later 'Electrical Equipment of Australia' then taken over by AWA in about 1988. On his return his position had been taken and he went back to the company to the clock division but was unhappy with the culture in a large company and he left and purchased 'Beresford Electrics', a small electric clock retailer and repairing business in Bond Street in the city of Sydney. Jack imported large numbers of Macellan battery electric clocks, one of the first battery clocks in Australia. These post war clocks were unreliable and he had to pre test every single clock before it was sold in his shop or distributed to retailers. Later on he did this work in his workshop at 'Okinya'.

'Okinya' was destroyed by fire in September 1953 caused by a spark from rubbish being burnt off in the garden, which lodged in a redwood shingle awning in the roof . The fire spread quickly as the heated dust in the roof of the old house became a fireball and shot across the whole ceiling.

The family moved to a rented house in Beverly Lane not far from 'Okinya' while he converted the stables at Okinya into a dwelling and Jack commenced rebuilding the house in his spare time. He never completed doing so as he became ill with stomach cancer and died in 1956, aged 45.

Bet and her family moved to live at the house in Gordon. They stayed there for approximately 2 years before Bet bought a house at Castlecrag.

In 1987, at age 77, Bet moved into a retirement village, Lindfield Gardens, at Lindfield, where she lived until she was 85. By that stage her eyesight was deteriorating with glaucoma, and Venie, the only one of her children living in Sydney, was moving to live near Foster, north of Sydney. Melbourne seemed the best option with both Sid and Gai there. She went into hostel care at Rosewood Gardens at Ashburton in February 1996. Bet suffered several falls and infections over the next few years, so went to Nursing Home care in December 1999, firstly at Hedley Sutton in Canterbury, then to Lynden in Camberwell in February 2000 where she passed away on 22nd August 2002.

Is Edith your relative? Please don't go away!

ask our community of genealogists a question.
Sponsored Search by Ancestry.com
DNA Connections
It may be possible to confirm family relationships with Edith by comparing test results with other carriers of her mitochondrial DNA. However, there are no known mtDNA test-takers in her direct maternal line. It is likely that these autosomal DNA test-takers will share DNA with Edith: 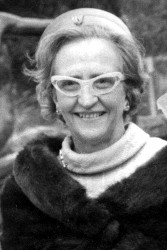 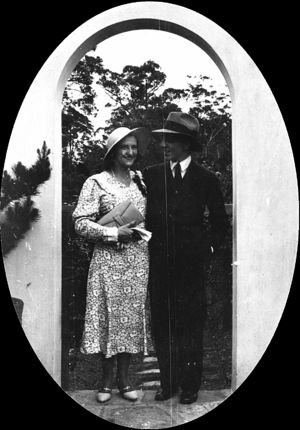 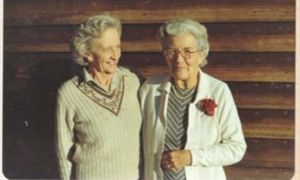