Antonina (Nowak) Kroliczak was born in Konarzewo, Poznań, Wielkopolskie, Poland to parents Joseph Nowak and Catherine Soltysiak on 2 June 1858. She was baptized into the Catholic faith in Konarzewo a few days later on 13 June 1858.[1]

While living in Konarzewo, Antonina met her husband Piotr Kroliczak and got married on 13 October 1877.[2][3]

While living in Poland, Antonina and Piotr had four children:

Piotr, Antonina and their children immigrated to the United States on 24 March 1891. They departed from Bremen, Germany and in steerage on the S. S. Saale on the Hamburg-America Line. They arrived in New York City to begin their American life. The pair arrived alongside Antonina's parents, Joseph Nowak and Catherine Soltysiak, and her siblings and their spouses: Magdalena (Nowak) Magdziak, Joseph Nowak, Mary (Nowak) Wardinsky, and Eva (Nowak) Wysocki.[8][9]

Piotr and Antonina settled in Philadelphia, Pennsylvania and moved in to 4485 Livingston Street in the Bridesburg neighborhood.[10] They first appear as a family on the 1900 census, which shows that Antonina's parents and siblings all lived next door from 4479 to 4485 Livingston Street.[10] It must have been a tightly knit community. In the nine years since immigration, Peter and Antonina had four more children:

By 1910, Piotr and Antonina briefly moved to a farm on Byberry Road in Bensalem, Bucks County, Pennsylvania.[15] Around this time they had two more daughters,

After the farm experiment, the family moved back to Bridesburg to 2632 Pratt Street.[18]

Antonina's husband Piotr Kroliczak died on 28 December 1928, making her the head of her household by 1930.[19] At that time her daughter Stella (Kroliczak) Skotarczak, her son-in-law Joseph Skotarczak, and her grandson Stanley Skotarczak were also living at 2632 Pratt Street.[19]

As she aged, she moved in with her daughter Helen (Kroliczak) Senkowski and her husband Walter Senkowski at an address down the street at 2622 Pratt Street.[20]

Antonina (Nowak) Kroliczak passed away on 7 December 1951, outliving Piotr by 23 years. Family attendees of the funeral remember that she was "laid up like a nun." She was buried next to Peter on 11 December 1951 in Most Holy Redeemer Cemetery in Bridesburg, Philadelphia.[21]

Is Antonina your ancestor? Please don't go away!

ask our community of genealogists a question.
Sponsored Search by Ancestry.com
DNA Connections
It may be possible to confirm family relationships with Antonina by comparing test results with other carriers of her mitochondrial DNA. However, there are no known mtDNA test-takers in her direct maternal line. It is likely that these autosomal DNA test-takers will share some percentage of DNA with Antonina: 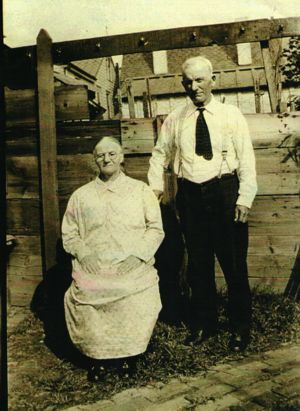 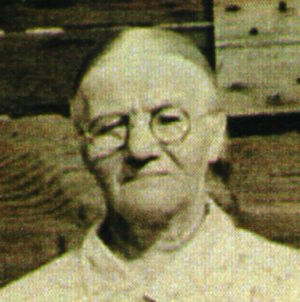 Leave a message for others who see this profile.
There are no comments yet.
Login to post a comment.
Beulah (Maltby) Cramer
Fabulous job! Far better than I could do if I was on here for another lifetime. I do not like to do biographies so only contribute sources. You have both and very well done. I look forward to the sourceathon.
posted Sep 28, 2017 by Beulah (Maltby) Cramer