Her father, Daniel, newly returned from serving with the AIF in Europe, was devasted at losing his beloved daughter. Unable to bear the loss, he forbade anyone in the family from talking about her again.

GIRL DROWNED. After being missing from the Spit Baths since Sunday afternoon, the body of Doreen O'Sullivan, aged 12 years, of Watson Street, Neutral Bay, was recovered by the police yesterday afternoon. Dragging operations located the body.

SPIT BATHS DROWNING. The death of Doreen O'Sullivan, aged 13 years (No, incorrect, Goo was 12 - AM), a schoolgirl, lately residing in Watson Street, Neutral Bay, was the subject of an inquiry conducted by the City Coroner yesterday. Deceased was drowned in the Spit baths on November 9, but her body was not recovered until next morning.

A strong protest against the present method of recovering bodies was made to the Coronor by one of the witnesses, Percy Conrad Mowle, uncle of deceased. He described how, when the proprietor of the baths and the police had failed to recover the body, he secured a diver to make a search. The diver succeeded in finding the body at 4.30 that day.

In returning a verdict of accidental death, the Coronor remarked that there was no evidence of negligence on the part of the baths proprietor. He would make inquiries regarding Mr. Mowle's suggestions.

Thanks to Adam Muyt for starting this profile. Click the Changes tab for the details of contributions by Adam and others.

Is Doreen your ancestor? Please don't go away!

ask our community of genealogists a question.
Sponsored Search by Ancestry.com
DNA
No known carriers of Doreen's ancestors' DNA have taken a DNA test. 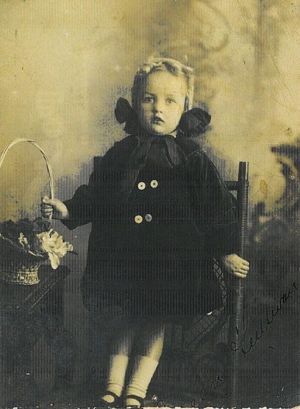 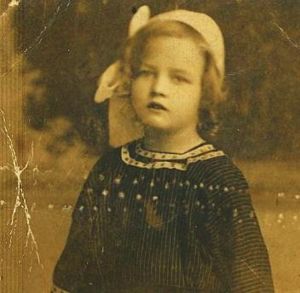 Margaret (Gale) Haining
This profile has generated a 110 suggestion on the suggestion report, as the death date is at least 100 years ago, so the profile should be OPEN. Could the profile manager please open this profile to correct the suggestion. Thank you.
posted Dec 14, 2019 by Margaret (Gale) Haining
Neil O'Sullivan
Hi Adam - As an O'Sullivan as well, Wikitree alerted me to your O'Sullivan postings. Although I do not see a family relation here, I just wanted to say how sad I found the story of little Goo O'Sullivan. I recently found a relation who died at age 8 and although it was over 100 years ago, it was still sad to see. The pictures of Goo (not to mention the nickname) are beautiful and this page perhaps is a fitting tribute to her young life. Neil
posted Jul 16, 2013 by Neil O'Sullivan