Barack Obama's date of birth is unclear. His earliest school records bear no birth date. His University of Hawaii transcript records his birth date as 18 June 1934. His marriage certificate and résumés indicate he was born in 1936. U.S. immigration records show his year of birth as both 1934 and 1936. Family members say they believe he was born in 1936.

Barack Obama's father (1934–1982), son of Onyango and second wife Habiba Akumu Obama. Educated in the US at the University of Hawai'i and Harvard University, he returned to Kenya, where he became an economist with the government, serving in the ministries of transportation and finance. Obama Sr. was married a total of three times and fathered a daughter and at least four sons in addition to Barack II.

Barack Obama Sr., was a Luo from Nyang'oma Kogelo, Kenya. President Obama's parents met in 1960 in a Russian language class at the University of Hawaii at Manoa, where his father was a foreign student on Maui. They separated when, in late August 1961, Obama's mother moved with their newborn son to attend the University of Washington in Seattle for a year. During that time, Obama Sr. completed his undergraduate economics degree in Hawaii in June 1962, then left to attend graduate school at Harvard University on a scholarship. Obama's parents divorced in March 1964. Obama Sr. returned to Kenya in 1964 where he remarried; he visited Barack in Hawaii only once, in 1971. He died in an automobile accident in 1982, his son being 21 years old at that time."

Sponsored Search by Ancestry.com
DNA
No known carriers of Barack's DNA have taken a DNA test. 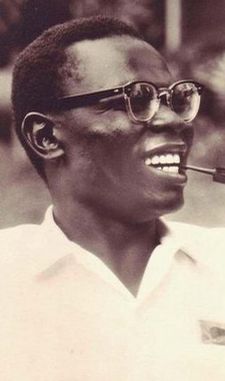 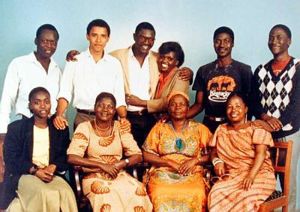 Leave a message for others who see this profile.
There are no comments yet.
Login to post a comment.
Kathy (Foote) Durham
Just made two little edits to 3rd paragraph, second sentence of bio -- no change to meaning, just took out a repeated "on" and fixed the previous run-on sentence by adding period at end of the word Maui and capitalizing the next word, "they". Pretty sure that neither of these copy edits are going to be controversial, I just wanted to alert the project managers as a courtesy.

posted Oct 20, 2021 by Kathy (Foote) Durham
Isaac Taylor
If his birthdate is unclear (as per the FIRST line of this bio) then why do we provide a precise birthdate, and set it as Certain? Logically, that's self-inconsistent.
posted Oct 17, 2019 by Isaac Taylor