Empress Maria Feodorovna of Denmark was a member of the aristocracy in Europe.

Maria Feodorovna (26 November 1847 – 13 October 1928), christened Dagmar, was a Danish princess who became Empress of Russia as spouse of Emperor Alexander III. She was the second daughter of King Christian IX of Denmark and Louise of Hesse-Cassel and sister of Britain's Queen Alexandra, and King George I of Greece. Among her children was the last Russian monarch, Emperor Nicholas II, whom she outlived by ten years.

Princess Marie Sophie Frederikke Dagmar was born at the Yellow Palace in Copenhagen. Her father was Prince Christian of Schleswig-Holstein-Sonderburg-Glücksburg, a member of a relatively impoverished princely cadet line. Her mother was Princess Louise of Hesse-Kassel.

She was baptized into the Lutheran faith and named after her kinswoman Marie Sophie Fredrica of Hesse-Kassel, Queen Dowager of Denmark as well as the medieval Danish queen, Dagmar of Bohemia. Growing up, she was known by the name Dagmar. Most of her life, she was known as Maria Feodorovna (Russian: Мари́я Фёдоровна), the name which she took when she converted to Orthodoxy immediately before her 1866 marriage to the future Emperor Alexander III. She was known within her family as Minnie.

Dagmar was the daughter of Christian of Denmark and Louise Hesse Kassel Rumpenheim.

You can read more about her and see some wonderful photos here.

Is Maria Feodorovna your ancestor? Please don't go away!

ask our community of genealogists a question.
Sponsored Search by Ancestry.com
DNA Connections
It may be possible to confirm family relationships with Maria Feodorovna by comparing test results with other carriers of her mitochondrial DNA. Mitochondrial DNA test-takers in the direct maternal line: 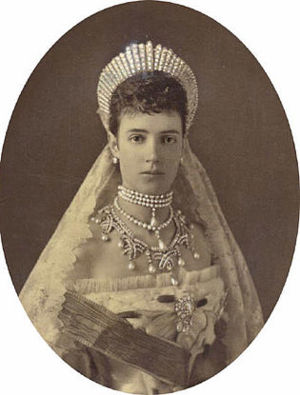 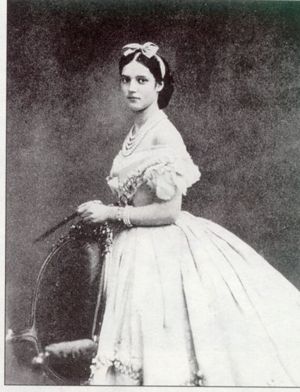 SJ Baty
Hi, can you set the Russia Project as co-manager of this profile?

Maria Feodorovna is 20 degrees from Donald Howard, 9 degrees from Julia Howe and 12 degrees from Henry VIII of England on our single family tree. Login to find your connection.