Lucas "of Eglingham" Ogle Esq
Born before 1541 in Northumberland, England

This profile is part of the Ogle Name Study.

Luke married two unknown women. He also had children outside of marriage. Mark was his "natural son," and his will describes sons Leonard and Robert as "reputed."[3]

His first wife is the mother of:

His second wife is the mother of:

He had natural children, including:

Luke was buried in the parish hurch or Chancell of Eglingham.[2]

were ejected from certain tithes of Bishop Middleham rectory which they held by lease of 1539 from the Priory of Durham;[13] similarly in 1565, Carham rectory (which had belonged to Kirkham Priory) was in the occupation of:

but Thomas Clarke of Wark obtained a lease of it in reversion, and despite the protests of the existing lesees and of the Earlof Bedford and Sir John Forster, in 1566 he was in possession of a lease dated in 1564.[16] When rebellion was undertaken one of the Salvins, one of the Carrs of Ford, and the constable of Etal were all found ranged behind the Saris, and, like the many of the actors in the plot were largely moved by resentment at Elizabeth's policy in government,"

Is Lucas your ancestor? Please don't go away!

ask our community of genealogists a question.
Sponsored Search by Ancestry.com
DNA Connections
It may be possible to confirm family relationships with Lucas by comparing test results with other carriers of his Y-chromosome or his mother's mitochondrial DNA. Y-chromosome DNA test-takers in his direct paternal line on WikiTree: 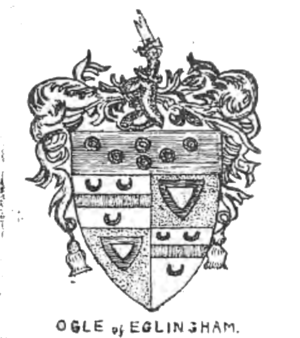 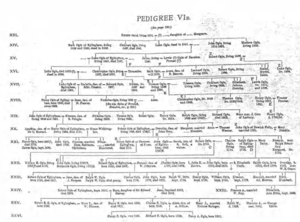 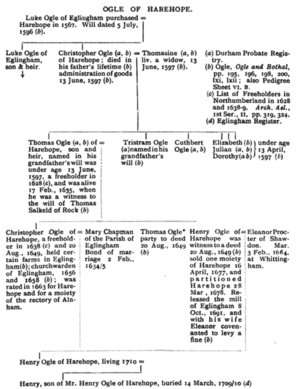 Will of Luke Ogle of Eglingham 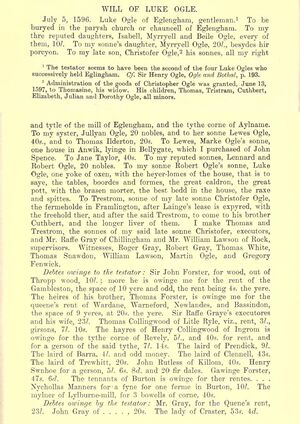 Will of Robert Clavering