"Wallace" is also the name of his father's brother.

Wally was raised in Burlington, Massachusetts. He graduated from Lexington High School in 1937. In his senior yearbook it reads:

"As carefree as the wind."
Happy-go-lucky "Wallie" has never a care to bother him. Sailors there are, sailors there must be—so "Wallie," like others, plans to go to sea.

Wallace enlisted in the Army on January 8, 1939, and was serving overseas before World War II. He had just finished his tour of duty in the US Army Air Corps when the Japanese bombed Pearl Harbor. While on his way home, he heard the news and turned around. He then boarded a plane flying to the war zone.

Nobody in the family heard from him or even knew where he had gone for over six months.

Early in the war, Wally was flying as a tail gunner in B-24s. He earned the Silver Star on January 17, 1942, when on a bombing mission over the Celebes. Their plane was attacked by Japanese fighters and in the ensuing battle Wally was wounded in the foot and leg. He continued to fire his guns until he was more seriously wounded in the shoulder. He then crawled up to the side gun position so that another crew member could man the tail gun.

On his first visit home to the states he came in through San Francisco. His brother Jimmy was stationed there as a guard. Jimmy recalled an English-looking man walking up and slapping him on the back. He didn't recognize his brother.

Near the end of the war, Wally was flying in B-29s as a radio man. He was a Technical Sergeant in the 93rd Squadron of the 19th Bomber Group of the 314th Bomb Wing of the 20th Air Force, stationed at North Field in Guam. (Wally's grandnephew Chris Whitten's grandfather-in-law Wayne McClellan was in the 30th Squadron at the same time.)

His brother Kenny, a marine fighting his way through the Pacific, made it to Guam in the Spring of 1945. Kenny visited with Wally and watched him leave on a mission in April 1945. Kenny watched the other planes return from that mission but Wally's did not. He knew before anyone else in the family that Wally was missing.

Wally was declared MIA by the military. His family could only assume he was dead. Elsie liked to think that the Tomb of the Unknown Soldier in Arlington National Cemetery was for Wally.

It wasn't until around 2005 that remaining family members got some closure. The sister of the captain of Wally's plane, Nancy McDonald, contacted Peg Nelson (she found Peg through the database at the newly-created World War II memorial in Washington). Nancy said that they found the engines from the plane in Tokyo Bay.

Some of Wallace's basic war medals are in the possession of Chris Whitten, passed down from Elsie (Oldford) Howes, but not his Purple Hearts or Silver Star. According to Peg (Oldford) Nelson, Barbara (Oldford) Waldroup has most of his letters and personal possessions.


Memories: 1
Enter a personal reminiscence or story.
Chris Whitten
Elsie (Oldford) Howes wrote this in 1999 about her brother:

"Before the war Wallie joined the Army Air Force and ended up in the Panama Canal. Then just as war was declared Wallie was getting ready to come home. His time was up. But instead he reenlisted and went right out again. He was a radio man and tail gunner.

"They presented him with a Silver Star because he once crawled to the back of the plane so another fellow could handle the gun. The medal was really presented to Mom and Dad at a ceremony at home, after he was missing for a year.

"Actually, Wallie was missing at the beginning of the war because of his injuries in that tail gunnery. Mother and Dad were never officially notified because we were losing the war and Wallie was going from island to island. Not until he got to Australia did we hear from him."

posted 27 Oct 2008 by Chris Whitten
Login to add a memory.
Is Wally your relative? Please don't go away! 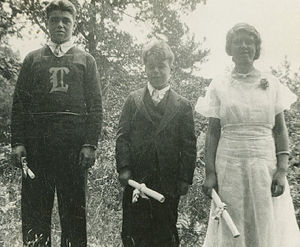 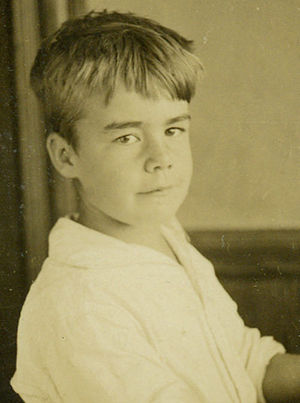 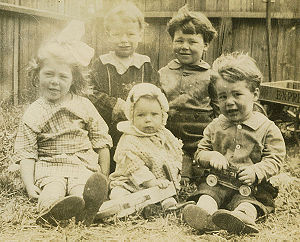 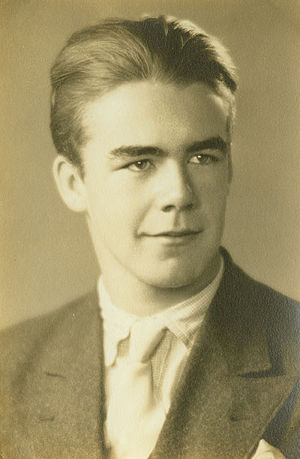 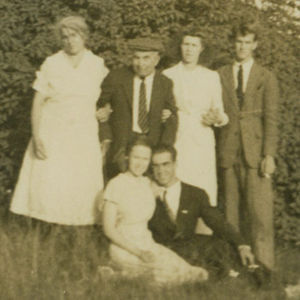 also in the bio it mentions he received the Purple Heart, so you could also add Category: Purple Heart, and if the engines of his plane were found in Tokyo Bay, it looks like Category: World War II, KIA or adding the KIA template from the WW II project would also fit to describe his service/sacrifice.

This seems to be as far as I can get.

Do you have anything online that shows what type of info you have for Wally?