In 1930, the Olliffe family lived at 172 Main St., Spring Valley, Richland, New York. They owned their house, valued at $8000. The household included 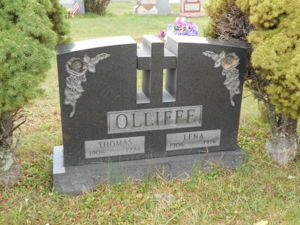