DNA confirms he is the father of Ephraim( Oliphant-58)

UNCONFIRMED ANCESTOR; POSSIBLE ID// THERE ARE TWO TO FOUR VIABLE IDENTITIES WITH THE SAME NAME AND SIMILAR BIRTHS WHO IMMIGRATED AROUND THE SAME TIME. AT LEAST TWO OF THEM WERE LIKELY TO BE COUSINS.

NOT the grandson of Wiliam Lord Oliphant of G who escaped to Sweden, then settled in France. His wife Mary Guyon was from a Huegonot family. His wealth probably was in the form of a dowery from Jacques Guyon, although the purchase of the plantation in Amwell was probably not as expensive as one might think. They were encouraging settlement there as a buffer against the Quakers of West Jersey. As to the naming tradition, none of his four sons followed it. Maybe, that was lost in the new world.

He named his eldest son David. Naming patterns followed in Scotland in that time period dictated that the eldest son be named after the father's father. This supports the other prevalant theory that he was the son of David Oliphant, born abt 1648 in Perthshire, Scotland, son of Sir Laurence Oliphant and his wife, Lillias Oliphant. Sir Laurence and his cousin, Lillias, married in 1634. She was the daughter of Patrick Oliphant, heir to the Condie line of Oliphant and his wife, Elizabeth. David died in 02 Feb 1717 in Edinburgh and is buried at Greyfriars Abby. I have been unable to find the name of his wife or any record of his children. [http://terisha4.tripod.com/kingreed/index.html tshan_5@hotmail.com]. --- 1706 Colonial Census of Staten Island N.Y. Olyphant Dunkan (age) 24 pg 6 #5 Man olyphant David (no age listed) pg 6 #6 Boy Olyphant Mary (no age listed) pg 6 #7 Woman --- Calendar of New Jersey Wills, Vol. II 1730-1750, Part II:

1. From the Oliphant DNA results, it appears that Duncan comes from the branch of the family centered in Culteuchar, Scotland, NOT the Gask line who later sided with the Jacobins and were exiled. Thus, he could NOT be of the same family that fled to America in the 1600's, and they are NOT descended from this peerage. 2. As to David Oliphant, another possible father, there is a David who was granted in 1675 rights to his father's estate by royal decree, the father being William Oliphant of Culteuchar. Again, this points to a Lordship. 3. Duncan and this David possibly share a common "David" ancestor. As has been pointed out, Duncan is sometimes a nickname, and at least two cousins are found in America about the same time. Family Search pedigree files have about 30 David Oliphants, but these are actually the two same individuals. One is said to be son of Lord Laurence, the other shown to be married to Janet Gilchrist. Although the birthdates of these two appear to be the same, the parents mentioned for Janet's spouse are either missing or NOT the same Lord Laurence, who is a descendant of King Robert I known as "the Bruce." It does NOT seem likely these two men are the same person because some of those pedigrees mention a David as Duncan's father.

Duncan is NOT the son of Lord Laurence. He may be the son of a David Oliphant, but it will NOT be the David Oliphant of Culteuchar, Scotland, son of William, again a probable member of the peerage who lived decades later than Duncan. ---Duncan seems to have been born in Scotland and died in America. We still don't know who his parents are, but it seems we can eliminate these two most mentioned candidates. I'd love to get feedback on this. ---1702 THOMAS SIMSON, probably son of William S., min. in 1686; school master at Dolphinton, and afterwards at Biggar; licen. by Presb. of Biggar 28th Aug. 1701; called 25th Feb., and ord. 12th May 1702; died nth Sept. 1732, in 56th year. He marr. (pro. 24th June 1705) Margaret, daugh. of William Oliphant of Culteuchar, and had issue --David, eldest son, W.S. apprentice 1730; Margaret (marr. Christopher Cairns, min. of Tweedsmuir)-[Edin. Reg. (Marr.), Tombst] Family Search shows marriage. Her mother, pro. Mary Scott, Margaret christening 08 JUN 1701 Spott, East Lothian, Scotland

S c o t t i s h R e c o r d S o c i e t y , E d i n b u r g h Ratification in favour of David Oliphant of Culteuchar Our sovereign lord and estates of parliament, presently convened by his majesty's special authority, have ratified and approved and, by this act, ratify and approve a charter, containing precept of sasine, made and granted by his majesty, under his highness's great seal, bearing date at Hampton Court, 14 July 1675, whereby his majesty has given, granted and conveyed and, for his highness and his successors, perpetually confirmed to the late Mr William Oliphant of Culteuchar, in liferent, he being alive, and to David Oliphant, now of Culteuchar, his eldest lawful son, 18th century and Jacobite uprisings ---The 9th Lord Oliphant also rose in support of the Jacobites during the 1715 uprising he led Clan Oliphant against the British government forces at the Battle of Sherrifmuir in 1715, where the Jacobites were defeated.

Thanks to Sheri Sturm for starting this profile on January 2, 2013

Click the Changes tab for the details of contributions by Sheri and others.

Is Duncan your ancestor? Please don't go away!

ask our community of genealogists a question.
Sponsored Search by Ancestry.com
DNA Connections
It may be possible to confirm family relationships with Duncan by comparing test results with other carriers of his Y-chromosome or his mother's mitochondrial DNA. However, there are no known yDNA or mtDNA test-takers in his direct paternal or maternal line. It is likely that these autosomal DNA test-takers will share some percentage (beta) of DNA with Duncan: 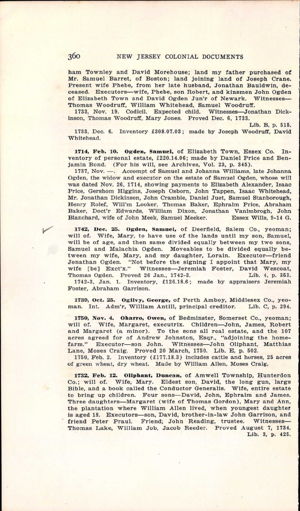 Leave a message for others who see this profile.
There are no comments yet.
Login to post a comment.
Olga (Vasilenko) Lewis
In my familys records, Duncan is listed as the son of David born in Perthshire ca 1648/1650 and Davids father is listed as Sir Lawrence of Gask. I dont know the origin of these records (old page typed on typing machine, so origin is way before modern computers and internet) and dont have any proof that they are correct. The mother of David is listed as Lilias Oliphant. If that is true, the lineage goes all the way to Henry I and William the Conqueror.
posted Nov 17, 2019 by Olga (Vasilenko) Lewis
David Hughey Ph.D.
Olphant-4 and Oliphant-45 appear to represent the same person because: Same wife. Olphant seems to be a typo.
posted Jun 19, 2017 by David Hughey Ph.D.