Memories: 2
Enter a personal reminiscence or story.
Betty Tindle
The note below should say my Grandmother is still alive, not my great-grandmother. The error is my mistake, someone copied and pasted my original post. My grandmother, mentioned in the note above, has since passed away.
posted 5 Oct 2017 by Betty Tindle   [thank Betty]
M Lechner
I read on her profile it was not known when or where she married William Stanford. She is my GGGG-Grandmother. I was able to find, on Ancestry.com that they married 29 Jan 1813, in Bulloch County, Georgia.

Elizabeth Stanford b. ABT 1827

My mom did a lot of this research before she died in 2001. My sister has done some, I just recently started researching. My mom left a lot of papers behind that I am TRYING to get my sister to get out of her garage before it all gets too old to read. I am hoping she will start doing that sometime soon.

I will research more. I go back and forth on the names, when I hit a brick wall. Go back again later.

I have been trying to find out what happened to Martha as I know she left behind a 4 year old child, Mary Ann Faulk, when she died. Her husband, Clark J. Faulk died in the Civil War, around 1864. My aunt is going to ask my grandmother if she remembers hearing her mother, Mary Ann Harris, being told what happened to her Mary Ann Harris' great grandmother, Martha Stanford Faulk.

I have noticed while doing research that in 1859 about three or four members died in that same year, same county, leaving me wonder if the flu had passed thru the area. Or something similar.

My great-grandmother is still alive. She was 94 this past March. Elizabeth Stanford is in my maternal line.

I have a little more information. I worked all night, as I do every night, getting a bit tired so names are gonna be confusing to think thru here pretty soon. I better stop. :)

Have a great day.

posted 1 Jun 2012 by M Lechner   [thank M]
Login to add a memory.
Is Elizabeth your ancestor? Please don't go away!

Images: 7
1870 U.S. Federal Census, Elizabeth Olliff Stanford with my gg-grandmother, Mary Ann Faulk, living with her as a child after the death of her parents. Mary Ann's mother is Martha Stanford Faulk, daughter of Elizabeth Stanford. 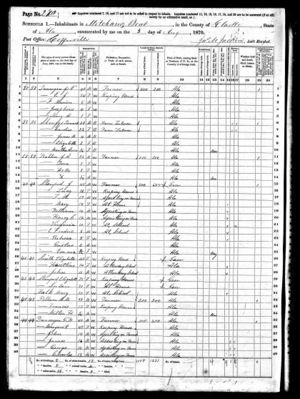 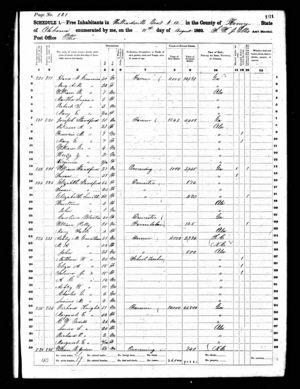 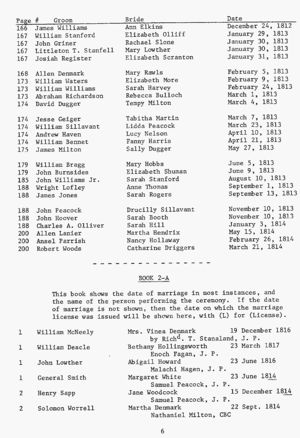 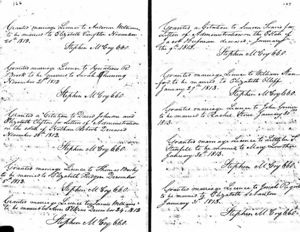 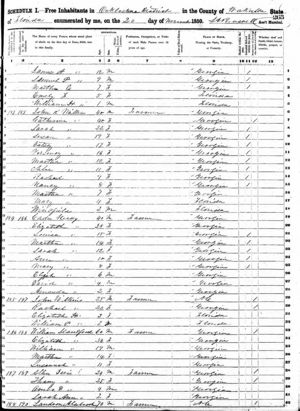 Elizabeth is 21 degrees from Mary Pickford, 18 degrees from Cheryl Skordahl and 16 degrees from Henry VIII of England on our single family tree. Login to find your connection.