Roy Kelton Orbison also known by his nickname The Big O, was an American singer-songwriter, best known for his trademark sunglasses, distinctive, powerful voice, complex compositions, and dark emotional ballads. Orbison grew up in Texas and began singing in a rockabilly/country and western band in high school until he was signed by Sun Records in Memphis. His greatest success came with Monument Records between 1960 and 1964, when 22 of his songs placed on the Billboard Top 40, including "Only the Lonely", "Crying", and "Oh, Pretty Woman". His career stagnated through the 1970s, but was revived by several covers of his songs and the use of "In Dreams" in David Lynch's film Blue Velvet (1986).[1]

In 1988, he joined the Traveling Wilburys supergroup with George Harrison, Bob Dylan, Tom Petty, and Jeff Lynne and also released a new solo album. He died of a heart attack in December that year, at the zenith of his resurgence. His life was marred by tragedy, including the death of his first wife and his two eldest sons in separate accidents. [2]

Orbison's vocal instrument bridged the gap between baritone and tenor, and music scholars have suggested that he had a three- or four-octave range. The combination of Orbison's powerful, impassioned voice and complex musical arrangements led many critics to refer to his music as operatic, giving him the sobriquet "the Caruso of Rock." [3]

"What separates Orbison from so many other multi-octave-spanning power singers is that he can hit the biggest notes imaginable and still sound unspeakably sad at the same time. All his vocal gymnastics were just a means to a powerful end, not a mission unto themselves. Roy Orbison didn't just sing beautifully—he sang brokenheartedly." [4]

Sponsored Search by Ancestry.com
DNA
No known carriers of Roy's DNA have taken a DNA test. 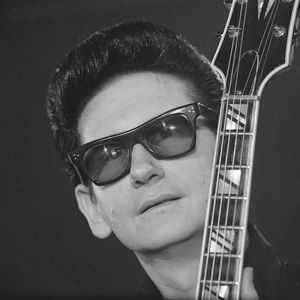 Roy is 26 degrees from Danielle Liard, 21 degrees from Jack London and 19 degrees from Henry VIII of England on our single family tree. Login to find your connection.