Élisabeth Orleans was a member of the aristocracy in Europe.

Élisabeth Charlotte d'Orléans (13 September 1676 – 23 December 1744) was a French petite-fille de France and by marriage to Leopold, Duke of Lorraine, duchess and later regent of Lorraine and Bar. She was also suo jure Princess of Commercy. Among her children was Francis I, Holy Roman Emperor, a co-founder of the House of Habsburg-Lorraine.

Élisabeth Charlotte was born at the Château de Saint-Cloud outside Paris. She was the daughter of Philippe I, Duke of Orléans, Monsieur, and of his second wife, Elizabeth Charlotte of the Palatinate, Madame, the daughter of Charles I Louis, Elector Palatine. Her father was the only sibling of King Louis XIV of France. As a petite-fille de France, she was entitled to have the style of Her Royal Highness, as well as the right to an armchair in the presence of the King.[1]

Is Élisabeth your ancestor? Please don't go away!

ask our community of genealogists a question.
Sponsored Search by Ancestry.com
DNA
No known carriers of Élisabeth's DNA have taken a DNA test. 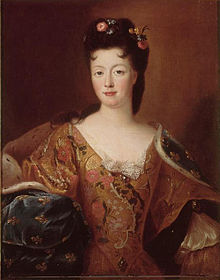 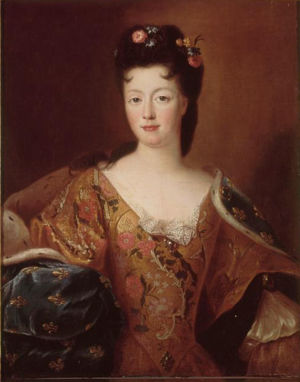 Élisabeth is 19 degrees from Laurie Giffin, 33 degrees from Toni Morrison and 6 degrees from Henry VIII of England on our single family tree. Login to find your connection.