Bob lived most of his life in Sturgeon Bay in Door County, Wisconsin, but he was born in Chicago in 1919. [1]

At the time of the 1920 census, he appears as an infant in a household in Chicago Ward 8 with his parents, three-year-old brother, and aunt Aggnes Nelson. The family here is indexed with the surname "Strand." [2]


Memories: 1
Enter a personal reminiscence or story.
Jill (Ostrand) Harding
My friends would call him "Honest Bob" as he would stroll downtown for his morning coffee..the "walk" became the "Ostrand shuffle"

not a bad way to be remembered..making people smile.

posted 25 Feb 2010 by Jill (Ostrand) Harding
Login to add a memory.
Is Bob your ancestor? Please don't go away!

ask our community of genealogists a question.
Sponsored Search by Ancestry.com
DNA
No known carriers of Bob's DNA have taken a DNA test. 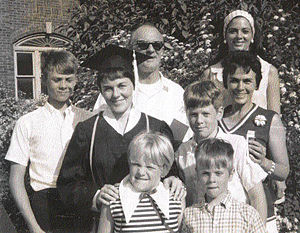 Leave a message for others who see this profile.
There are no comments yet.
Login to post a comment.
Lou Ward
Ruddick-254 and Ostrand-2 appear to represent the same person because: They are the same person.
posted Apr 26, 2020 by Lou Ward