Mercy Otis Warren (September 14, [September 25, New Style][1] 1728 – October 19, 1814) was a political writer and propagandist of the American Revolution. In the eighteenth century, topics such as politics and war were thought to be the province of men. Few men and fewer women had the education or training to write about these subjects. Warren was an exception. During the years before the American Revolution, Warren published poems and plays that attacked royal authority in Massachusetts and urged colonists to resist British infringements on colonial rights and liberties.

During the debate over the United States Constitution in 1788, she issued a pamphlet, written under the pseudonym "A Columbian Patriot," that opposed ratification of the document and advocated the inclusion of a Bill of Rights. In 1790, she published a collection of poems and plays under her own name, a highly unusual occurrence for a woman at the time. In 1805, she published one of the earliest histories of the American war for independence, a three-volume History of the Rise, Progress, and Termination of the American Revolution. This was also the first history of the Revolution authored by a woman.

History of the rise, progress and termination of the American revolution. Interspersed with biographical, political and moral observations .. by Warren, Mercy Otis, 1728-1814 Vol. 1 of 3 Published 1805

Thank you to Chantigny-4 for starting this profile.

Sponsored Search by Ancestry.com
DNA Connections
It may be possible to confirm family relationships with Mercy by comparing test results with other carriers of her mitochondrial DNA. However, there are no known mtDNA test-takers in her direct maternal line. It is likely that these autosomal DNA test-takers will share DNA with Mercy: 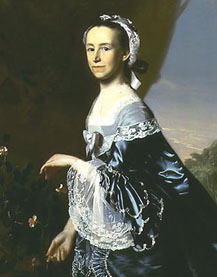 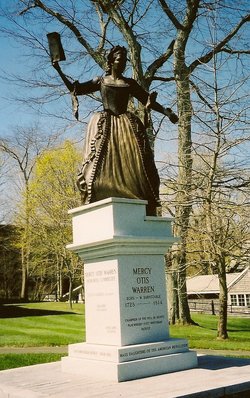 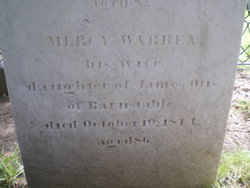 Michael Stills
Yes, Mercy is considered an American Founding Father even though she is female.

Mercy is 18 degrees from Katie Goodwin, 12 degrees from Wilbur Scoville and 11 degrees from Henry VIII of England on our single family tree. Login to find your connection.