James was a theologian, author and professor.

listed as one of Time Magazine 25 Most Influential Evangelicals in America in the feature story on the cover of their 7 February 2005 issue.

First born of James Packer & Dorothy Harris , James Innell Packer was born on July 22, 1926, in Gloucester, England. His quiet childhood as the son of a railway clerk took an abrupt turn at age 7 when a schoolyard bully chased him from a playground and into the path of an oncoming bread truck.

Packer suffered serious head injuries, but forced seclusion led him into a deeper focus on reading and writing. On his 11th birthday, his parents gave the young boy a typewriter instead of a bicycle. He relished the gift and began developing gifts of his own.

At age 15, a friendship with a fellow chess player led to conversations about religion. Packer began considering more carefully the claims of Christianity behind his nominal Anglican upbringing.[1]

Growing up in a nominal Anglican home, Packer attended church and was confirmed at 14. As a teen he read C.S. Lewis’ Screwtape Letters, and Mere Christianity as well as his grandmother’s copy of the King James Bible. But he became a committed Christian at 18, largely through the Oxford Inter-Collegiate Christian Union and St. Aldate’s Anglican Church.

He had won a scholarship to the University of Oxford, where in 1954 he obtained a Doctor of Philosophy in theology. He wrote his dissertation on Puritan Richard Baxter’s doctrine of salvation. “It was the Puritans,” Packer noted, “that made me aware that all theology is also spirituality.”

He was ordained a priest in 1953 in the Church of England and a year later married Katherine “Kit” Mullet, a Welsh nurse to whom he was devoted. She proved a mainstay to Packer’s domestic life, and a source of constant encouragement.

He served as an Assistant Curate in Birmingham for three years but more of his professional life was spent at the typewriter or in the lecture hall than in the pulpit. He taught at Tyndale Hall, Bristol from 1955 to 1961. For the rest of the 1960s he was Librarian and then Principal of Latimer House, Oxford – an evangelical research centre established by Packer and John Stott to strengthen the theological foundation of the Church of England.

In 1966, the three most notable British evangelicals were the Welsh independent minister Martyn Lloyd-Jones and the Anglicans, Stott and Packer. At the National Assembly of Evangelicals in London that year, Lloyd-Jones called on evangelicals to come out of denominations in which they were “united with the people who deny and are opposed to the essential matters of salvation.”

Stott and Packer clashed publicly with Lloyd-Jones, rejecting his bid for a unified British evangelical church. They organized the first Evangelical Anglican Congress at Keele a year later, publicly committing to full participation in the Church of England. When Packer co-authored Growing into Union in 1970 with two Anglo-Catholics, Lloyd Jones broke formally with Packer, ending the Puritan Conferences that they had co-founded and then hosted for nearly two decades.

The authority and reliability of Scripture had been a central theme in Packer’s work since he published his first book, Fundamentalism and the Word of God, in 1958. It came as no surprise when he signed the famous Chicago Statement on Biblical Inerrancy twenty years later, affirming a conservative position on the issue.

Packer’s willingness to work with Roman Catholic Christians would lead to a clash with the Chicago Statement’s primary author, R. C. Sproul, and other conservative evangelicals in 1994, when he partnered with Richard J. Neuhaus as a leader of Evangelicals and Catholics Together. The group’s founding statement affirmed significant doctrinal agreement and called for cooperation in evangelism and cultural renewal in the face of a rising secularist tide.

In 1979 Packer was invited by James M. Houston, the founding principal of Regent College in Vancouver, to join the faculty. (Houston had been an Oxford don when Packer was a student.) Packer accepted the invitation and was eventually named the first Sangwoo Youtong Chee Professor of Theology, a title he held until he was named a Regent College Board of Governors’ Professor of Theology in 1996.

Packer served as theologian emeritus of the Anglican Church in North America (ACNA) since its creation in 2009, being one of the nine members of the task force that authored Texts for Common Prayer, released in 2013.

Packer was keen to see the North American church recover catechesis or instruction in the Christian faith. To that end he was delighted to be general editor of the task force that wrote To Be a Christian: An Anglican Catechism, a 160-page document which was approved in 2014 by the College of Bishops of ACNA. He was awarded the St. Cuthbert’s Cross at the Provincial Assembly of ACNA that year by retiring Archbishop Robert Duncan for his “unparalleled contribution to Anglican and global Christianity.”

By late 2015, due to his failing eyesight, Packer was no longer able to continue writing or travelling. Still he regularly attended the early Sunday morning Eucharist at St John’s and afterwards the Learners’ Exchange, where he was often a presenter.

Just a few days after suffering a fall, Packer died peacefully in hospital with Kit and their priest at his bedside. Kit said she can’t imagine life without her husband. He died on their 66th wedding anniversary and she commented that it was “like Jim to make things convenient for me. I won’t forget which day he died!” [2]

Although Packer was a humble man who repudiated the success ethic, his life nonetheless reads like a success story. His first book, Fundamentalism and the Word of God (published in 1958) sold 20,000 copies in its first year and has consistently been in print since. In 2005, Time magazine named Packer one of the 25 most influential evangelicals.

When Christianity Today conducted a survey to determine the top 50 books that have shaped evangelicals, Packer’s book Knowing God came in fifth. His fame and influence were not something that he set out to accomplish. He steadfastly refused to cultivate a following. Instead, he made his mark with his typewriter (which he used to compose his articles and books throughout his life).[3]

Packer’s final work, The Heritage of Anglican Theology, will appear in 2021.

Jim loved jazz, trains, and mystery novels. Locomotives were a lifelong fascination; he said trains (along with trees and waterfalls) evoked “his longing for the transcendent.” He could quote verbatim as easily from Dostoevsky’s Brothers Karamazov as Charles Williams’s The Place of the Lion. He was witty and quick to see humour; he made fun of himself but never others. He cautioned his students to expect rigour in his classes, quipping “Packer by name, packer by nature.”

When he was writing daily, Jim wrote 2000 words (on his treasured manual typewriter) before breakfast. When asked if he wanted a dictionary loaded onto his iPad (a device he used as his eyesight deteriorated), he smiled sheepishly and admitted, “Well, I haven’t needed one so far.” [4] 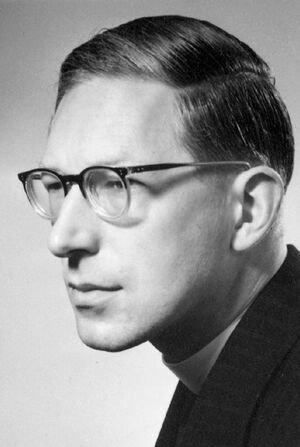 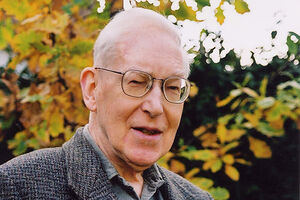