Nathaniel and Eliza Thompson Babcock were married on 07 Dec 1826, by Reverend Ira Hart, in the First Congregational Church of Stonington. They had no children. (See Research Note below.)[1][3]

Excerpt from Genealogical Record of the Descendants of Walter Palmer:

"Nathaniel B. Palmer died in San Francisco while on his way home from a trip to China & his nephew Nathaniel B. died at sea on that trip"[5]

After the death of his wife he became devoted to a nephew, who had been named for him, the son of his brother Alexander.[6]

Being the son of a shipbuilder, Nathaniel had the sea in his veins, so to speak, and at the age of twelve went to sea on the ships running the British blockade between Boston and Portland during the War of 1812.[7]

In 1819, he became the second mate on the Hersilia, in search of rookeries rumored to be teeming with seals. From his share of the profits, he purchased two sloops, the Express and the Hero, which he joined to a fleet of three other ships, and continued as Captain of the sealer vessels.[7]

While on board the Hero, which was better able to maneuver where the other ships could not, he discovered Deception Island, the Orleans Strait, and two good harbors at Half Moon Island and Yankee Harbor in the South Shetland Islands archipelago. He brought the rest of the fleet to Yankee Harbor.[7]

A Captain at the age of 21, Captain Palmer found himself and his crew between two Russian war ships. He showed them the way to Deception Island, and in return for the favor the Russians named the area Palmer Land on Russian charts. Today, the southern portion of the Antarctic Peninsula is officially known as the Palmer Land.[7]

More of Captain Palmer's fascinating and adventurous career can be found in Captain Nathaniel Brown Palmer, An Old-Time Sailor of the Sea.[6]

Captain Nathaniel Brown Palmer passed away, in his San Francisco hotel room, while sleeping, on 21 Jun 1877, at the age of 78. He and his newphew were sent home to Stonington, Connecticut for burial and are buried together in Stonington Cemetery #15 (note:' this Cemetery is also known as Stonington Borough Cemetery & Evergreen Cemetery), in Stonington.[6][10][11] 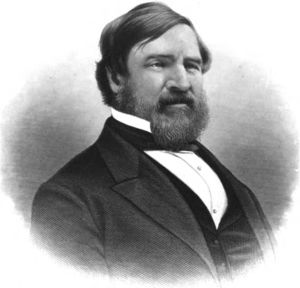 Leave a message for others who see this profile.
There are no comments yet.
Login to post a comment.
John French Ph.D.
Note that the FAG site still lists one child, probably erroneously.
posted Dec 22, 2019 by John French Ph.D.

Nathaniel is 18 degrees from Donald Howard, 10 degrees from Julia Howe and 14 degrees from Henry VIII of England on our single family tree. Login to find your connection.