Youngest of the sons had by John and Lizzie Panzram.

The self proclaimed "world's worst murderer" wrote this in his autobiographical confession:[2] "In my lifetime I have murdered 21 human beings. I have committed thousands of burglaries, robberies, larcenies, arsons and last but not least I have committed sodomy on more than 1,000 male human beings. For all of these things I am not the least bit sorry. I have no conscience so that does not worry me. I don't believe in man, God nor Devil. I hate the whole damn human race including myself."

When Panzram was about 8 years old his father John Panzram abandoned the family.[3]

The 1905 Minnesota state census confirms that at the age of 13, he was already incarcerated at the Red Wing Juvenile detention center at Goodhue County, Minnesota.[4]

He lied about his age and enlisted in the army at age 16 although the recruiter recorded his age as 21. He was remanded to Company A under First Lieutenant George England who handed Panzram a copy of the Articles of War. An hour later, England ordered Panzram locked in the guardhouse for a week for what he did with the Articles. Two days later, Panzram was reported to the commander for fighting and impertinence. His sentence was extended to 30 days on bread and water. On 8 April 1907 Panzram attempted to walk off base with 2 stolen Army overcoats, a civilian suit and a pocketful of gold collar buttons. His general court-marshal was held 20 April 1907. After being in the Army less than 2 months he was sentenced to three years at the Military prison at Ft. Leavenworth, known in the 21st centuary as The United States Disciplinary Barracks, Fort Leavenworth, Kansas. As the military was unaware of his real age, the 16 year old teenager was placed in the adult population of the federal prison. [2][5]

After serving his term, Panzram got the notion to go to Mexico. In 1911 crossed the border into Agua Prieta where he intended to rob churches having heard they were full of gold artifacts. Upon arrival, he enlisted in the Foreign Legion of the Constitutional Arm of Northern Mexico under the command of General Stanley Williams. He was disappointed, writing in his later confession "all the churches I ever saw had all been robbed before I got there." After about a month in the Mexican Army, he deserted stealing his army horse and "everything that wasn't tied down."[2]

While incarcerated at Levenworth he killed the prison's laundry foreman, Robert Warnke, on 20 June 1929 by crushing his skull with an iron bar..[3][6] This led to Panzram being placed on death row.[7] On 20 June 1930, Panzram attempted suicide in his cell by eating rancid food he saved for the purpose and cutting a 6" gash in his leg with a sharpened button. A prison guard on rounds heard him retching and saw blood on the cell floor, prompting him to call for help. Panzram was executed by hanging on 5 September 1930.[2]

ask our community of genealogists a question.
Sponsored Search by Ancestry.com
DNA
No known carriers of Carl's ancestors' DNA have taken a DNA test. 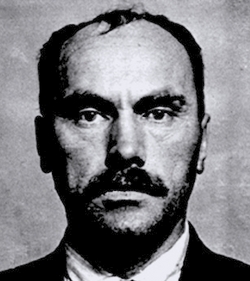 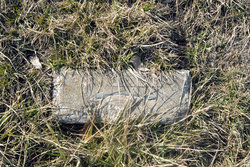 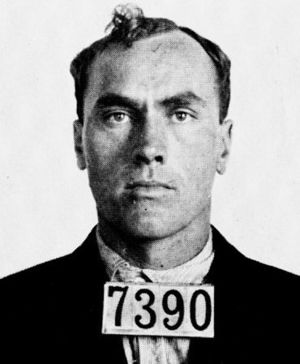 Leave a message for others who see this profile.
There are no comments yet.
Login to post a comment.
Susan McNamee
Hello.

I'm trying to resolve a suggestion - Profile has PPP but no Project Box.

Do you know if this profile still needs to be PPP'd? If so, then we need to add the Black Sheep project as a profile manager.

Sally Stovall
This is an AMAZING PROFILE with numerous sources.